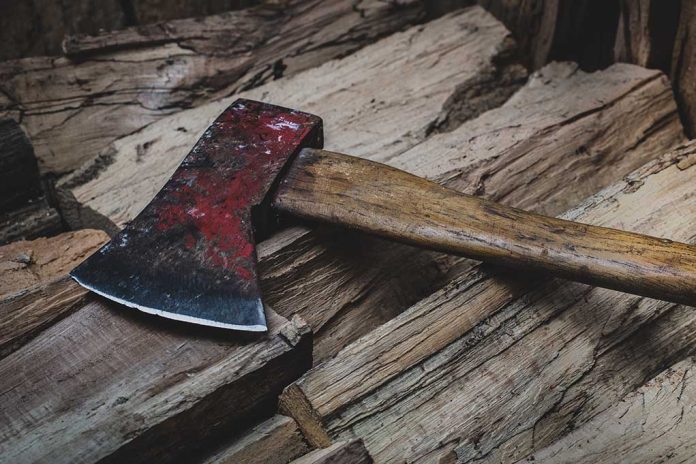 (RightWing.org) – The company behind the Keystone XL pipeline has finally given up on the hope of sensible policy coming from the Biden administration and killed the project for good. Now thousands of jobs – and the energy independence of the whole country – are at risk.

After facing insurmountable opposition, the company behind the Keystone Pipeline abandoned the project today. Thousands of jobs destroyed and our energy independence jeopardized.

Meanwhile, President Biden is meeting with Putin next week to tell him he can keep his pipeline.

When he became president, the first thing Joe Biden did was revoke construction permits for the Keystone XL pipeline, which would have carried crude oil from Canada, Montana and North Dakota to the main Keystone system, connecting northern oil producers to refineries in Illinois and Texas. The pipeline has been under construction for ten years, regularly delayed by halts imposed by Democrat politicians, including President Obama.

Now its owner, Canadian oil company TC Energy, has finally given up on the project. On June 9, they announced that, after consulting with the provincial government of Alberta, they had permanently canceled it.

Former President Donald Trump, who authorized the restart of work on Keystone XL after an Obama-imposed halt, says canceling the project will cost 48,000 US jobs. It also means crude oil has to travel further to refineries, wasting more fuel and adding to carbon emissions the Dems claim they want to reduce.

Some of his own party members urged Biden to reconsider the Keystone XL ban, and 21 states impacted by the decision are suing the federal government, but Biden still refuses to change his mind.

Meanwhile, the administration announced plans on Friday, June 11, for Biden to meet with German chancellor Angela Merkel next month — after he agreed to lift sanctions on a Russian pipeline running to Germany. Seems like Biden’s idea of saving the planet only pertains to North America.