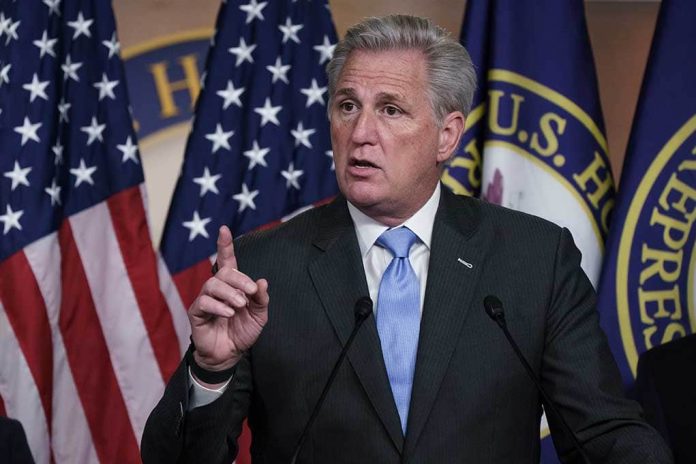 (RightWing.org) – A leading House Republican has called out the Biden administration for its politicization of the US military, calling it “dangerous” and saying it needs to stop. Even King George III didn’t involve the military in government – he just billeted it in people’s houses, and we all know how that ended. Now, men in uniform are taking sides on political matters, and people are right to be worried.

On March 16, House Minority Leader Kevin McCarthy (R-CA) tweeted a protest at recent attacks by uniformed military officers and NCOs on Fox News host Tucker Carlson. Carlson has criticized some of Biden’s military reforms, which the First Amendment says he’s allowed to do – but, in response, several senior Army and Marine Corps personnel have hit back, in violation of DOD policy on political activity.

As well as highlighting the attacks on Carlson, McCarthy called out an alarming stunt pulled on Tuesday by Guam Democrat Representative Michael San Nicolas. San Nicolas turned up at the office of Representative Marjorie Taylor Green (R-GA) with a platoon of the Guam National Guard, in a display that must have been aimed at intimidation. McCarthy, along with other Republicans including Senator Ted Cruz (R-TX) thinks this is dangerous. We think most Americans would agree.