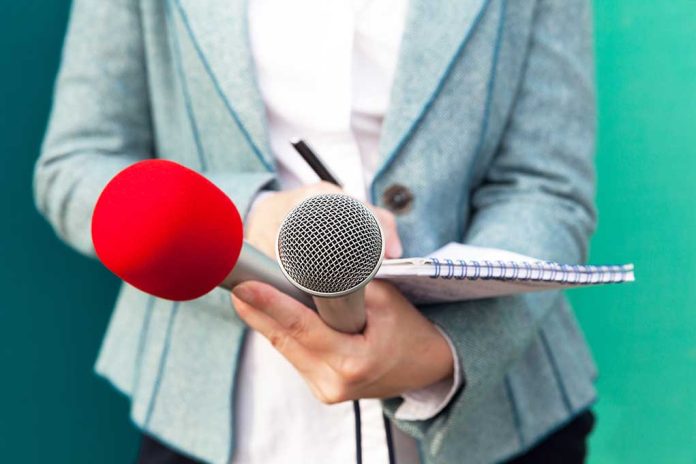 (RightWing.org) – Abortion is a priority for many voters as the nation enters the final weeks of the 2022 midterm cycle. Arizona gubernatorial candidate Kari Lake (R) has managed to maintain a moderate approach to the subject, focusing her platform on parental support, adoption, and neo-natal treatment. The mega-MAGA candidate recently turned the table on a reporter who was hoping to trap her with a “gotcha” question.

On Saturday, October 1, a reporter asked Lake if she supported the Arizona legislature’s recent move to effectively ban abortion in the state in the wake of the Supreme Court’s recent ruling overturning Roe v. Wade. Lake cleverly avoided the trap and didn’t say she supported blocking abortions.

Instead, she took advantage of the question by using it to reaffirm her commitment to preserving the sanctity of all life. “I support saving as many lives as possible,” she proclaimed.

WATCH: @KariLake on Abortion.
Also — where is @katiehobbs? pic.twitter.com/kedmbJpfb2

Then, Lake cleverly turned the discourse to her Democratic opponent, Katie Hobbs, who refused to square off with her on the debate stage. “What I really want to know,” she proclaimed, is “where Katie Hobbs stands… I never hear [the media] ask her that.”

Lake’s ability to navigate the tricky waters surrounding the abortion debate appears to be working. FiveThirtyEight’s most recent midterm forecast revealed that Arizona’s gubernatorial race remains a “toss-up,” with Lake winning 49 out of 100 samples of a model election simulation against Hobbs.