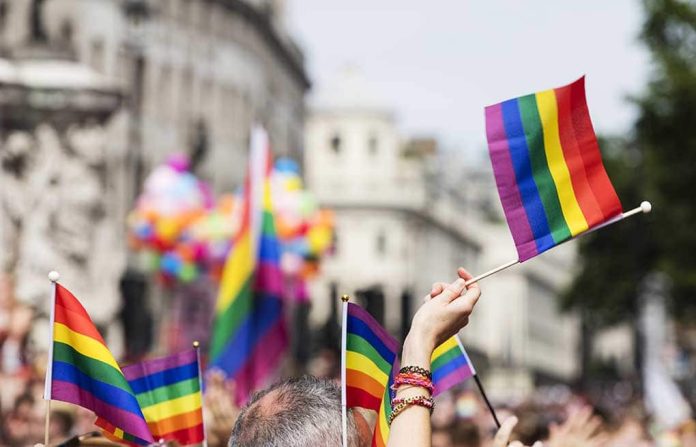 (RightWing.org) – Family members’ unusual habits and problems have plagued politicians over the years. Jimmy Carter’s son infamously smoked marijuana on the White House roof with Willie Nelson. Bill Clinton pardoned his half-brother Roger Clinton his last day in office for selling cocaine to an undercover police officer in the mid-1980s. The list goes on, but you get the point.

Vice President Kamala Harris has experienced her fair share of grief due to the questionable behavior of her 36-year-old niece, Meena Harris. Ethics experts started questioning her dealings with the Vice President shortly after the January 20 inauguration ceremony. Meena frequently invokes her aunt’s name when peddling her latest children’s book and designer clothing label.

She recently decided to hop aboard the “Woke America” bandwagon and is urging people to push back against Israel’s oppression of Palestinians.

She failed to mention that being gay in Gaza is punishable by ten years in jail and honor killings are rife https://t.co/hzBGKSsCcS

Why should anyone heed that advice? According to her, it will help protect women and members of the LGBTQ community in Gaza. However, what she’s not telling people is that being gay, or some other variant is punishable by up to 10 years in prison in Gaza. Amnesty International has claimed Palestinian leaders repress dissent and citizens are often exposed to excessive use of force.

It’s more than okay if she wants to promote a cause other than using her family name to make money. However, she should get a clue before telling others what to do.