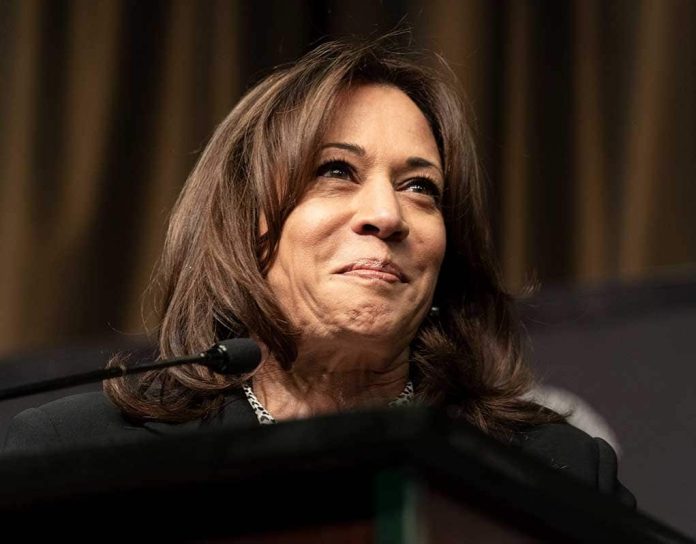 (RightWing.org) – Vice President Kamala Harris hasn’t achieved much since taking office in January, but it looks like she’s trying to redeem herself by supporting a Democratic candidate in a hard-fought gubernatorial race. Unfortunately, it also looks like she doesn’t understand how tax-exempt status works.

Former Virginia governor Terry McAuliffe (D) wants his old job back, and Vice President Harris has thrown her weight behind his campaign for the November election. That’s expected; it’s a high-profile race. But the tactic she chose to show her support is what’s raised some eyebrows.

Where’s the “Separation between Church and State” crowd that was so loud about Trump and Churches/Pastors, when it comes to Kamala Harris sending a video message to 300 Black Churches telling them who to vote for?

On October 17, Harris started running a video campaign in African-American churches across Virginia, attempting to mobilize the Black vote behind McAuliffe. The campaign will run right up to the November 2 election and openly calls upon churchgoers to vote for the Democrat. The problem is, the 1954 Johnson Amendment prohibits any 501(c)(3) non-profit organization – for example, a church – from endorsing a political candidate. By showing a pro-McAuliff video, these churches are putting their tax-exempt status at risk. As a lawyer, Harris should know that.

George Washington University law professor Johnathan Turley says the White House could claim they didn’t target the videos to church congregations, which would throw the churches to the IRS wolves but get Harris off the hook. However, that might be a bit difficult to do with a straight face because the video openly urges viewers to “please, vote after today’s service.”

Did our vice president forget the law, or does she just not care?