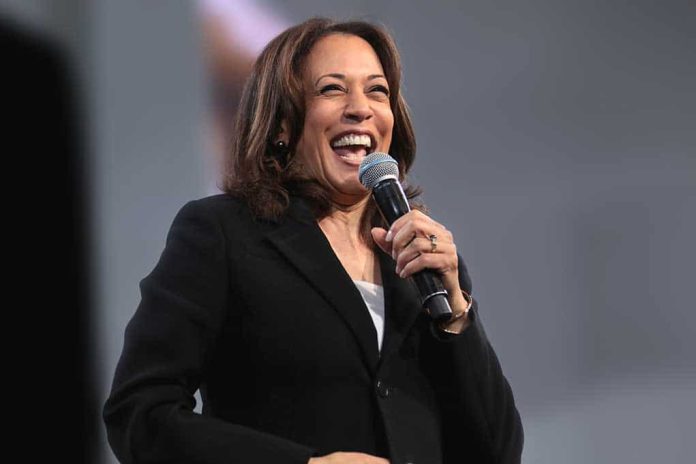 (RightWing.org) – Joe Biden made it a priority to reverse Donald Trump’s border security policies starting his first day in office. As a result, an unprecedented number of unaccompanied children are flooding across the border. Biden finally put Kamala Harris in charge of the administration’s response over a month ago, sparking a lot of well-deserved criticism.

Harris spoke with CNN about the border crisis during an April 25 interview. She said she couldn’t schedule a visit to Central America and Mexico “soon enough,” but “COVID issues” were a problem. Conspicuously absent from the interview was any talk of a trip to the actual border itself — you know, where the crisis is?

As one might expect, she blamed Donald Trump, “the previous administration,” as she put it. She also blamed “extreme weather conditions,” saying they were part of the migration’s “root causes.”

Harry Truman kept a sign on his desk that read, “The buck stops here.” With Kamala Harris, there’s no telling where accountability begins and ends. That would require her to actually do something to address the growing border crisis.