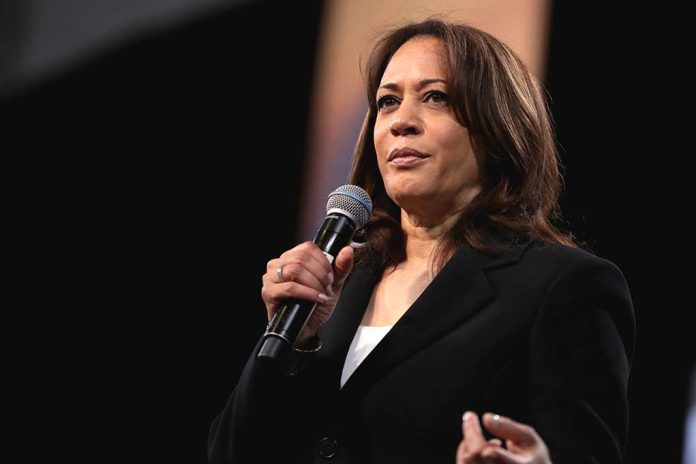 This Kamala Harris EXCUSE Is Spreading – It’s About White People

(RightWing.org) – Liberal members of the mainstream media and celebrities have a longstanding pattern of playing the race card when things don’t go their way. A perfect case in point is the liberal-led backlash against white reporters for reportedly causing Vice President Kamala Harris to fall from grace.

On June 19, The Root published an in-depth interview with MSNBC host Joy Reid and the topic of Harris’ unpopularity came up. Reid, a noted liberal, claimed the American people hadn’t had an opportunity to get to know the vice president.

Reid blames white male domination of the media for it. “Most of the [mainstream media] is still white and male,” Reid stated, adding that their take on Harris has become America’s perception of her. Others like late-night host Jimmy Kimmel have taken a similar position, claiming “sexism and racism” are to blame for Harris’ unpopularity.

.@jimmykimmel: The reason @VP Harris is so unpopular is because Americans are sexist and racist pic.twitter.com/Bnhzpvvnrd

However, a quick review of Harris’ polling since she assumed office in January 2021 tells a different tale. The Los Angeles Times recently published a chart showing that Harris’ favorability rating has consistently dropped during her time in office.

The vice president’s current net favorability sits at -11%, with an average of 52% of Americans across major polls saying they view her unfavorably compared to 41% who had a favorable opinion.

Additionally, Harris’ net favorability rating lags behind the last four vice presidents at this point in their respective terms. She scored 49.7% lower than Dick Cheney, 39.4% behind Al Gore, 15.5% beneath Joe Biden, and 11.6% under Mike Pence.

What do you think? Are reporters behind Harris’ failures, or are they merely reporting on them?