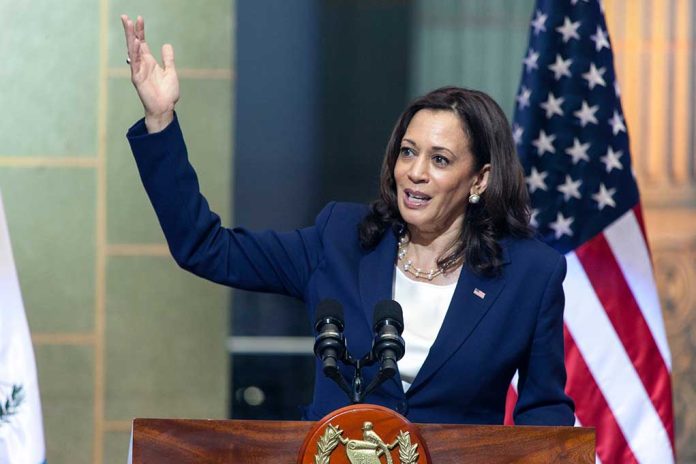 (RightWing.org) – The world observes International Holocaust Remembrance Day every year on January 27, the anniversary of the liberation of the infamous Auschwitz-Birkenau concentration camp. While the world reflected on the atrocities of war and honored the millions of Jewish victims, Vice President Kamala Harris decided to spend the day celebrating the rise to power of a known anti-Semite in Central America.

Yes, you heard that correctly. Harris posted a tweet that day committing herself to the fight against “anti-semitism and [hatred] wherever it exists.” Yet, hours later, she attended the inauguration of the new Honduran President Xiomara Castro and Vice President Salvador Nasralla.

For instance, in 2020, Nasralla accused former Honduran President Juan Orlando Hernández of being controlled by the government of Israel. He also caused an uproar after claiming Jews controlled global monetary supplies during the recent vice presidential debate leading up to the election.

Similarly, Elvir stirred up international outrage in 2017 when she said Adolf Hitler “was a great leader.” She later apologized, but her words echo to this day.

Looking at the bigger picture, Harris’ love of all things Honduras and its current leadership makes perfect sense. Castro and Nasralla campaigned on a socialist platform. Birds of a feather…