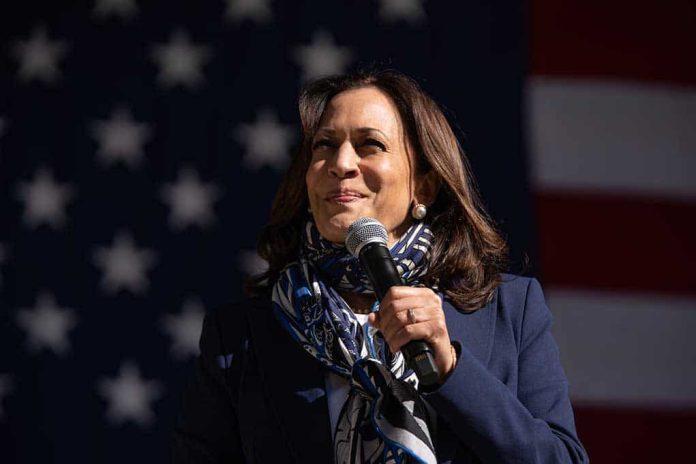 (RightWing.org) – A lot of talk has been circulating recently about Joe Biden’s competence, leading to speculation about who is actually running the nation. Rep. Matt Gaetz (R-FL) recently wondered out loud whether Kamala Harris’ transition “has already begun.”

Harris placed a solo call to Norway’s prime minister, Erna Solberg, on Tuesday, March 9. A White House readout of the call indicated she affirmed the Biden administration’s commitment to maintaining a strong alliance between the United States and Norway. She also stressed the need to work together on the COVID-19 pandemic, climate change, and other global issues.

I spoke with Norway’s Prime Minister @Erna_Solberg. We discussed the need to stand together on human rights, climate, defense, development, and healthcare – especially for women and girls. @POTUS and I are grateful for Norway's friendship and commitment to our shared values. pic.twitter.com/RKYttjQnDx

It’s not unusual for vice presidents to play a role in foreign affairs. However, the fact that Harris has taken a leading role so early on raised concerns about whether Biden is up to the job.

Several other questions come to mind as well. If she continues to play a leading role, what does she stand for? How will other nations respond to dealing with this second in command?