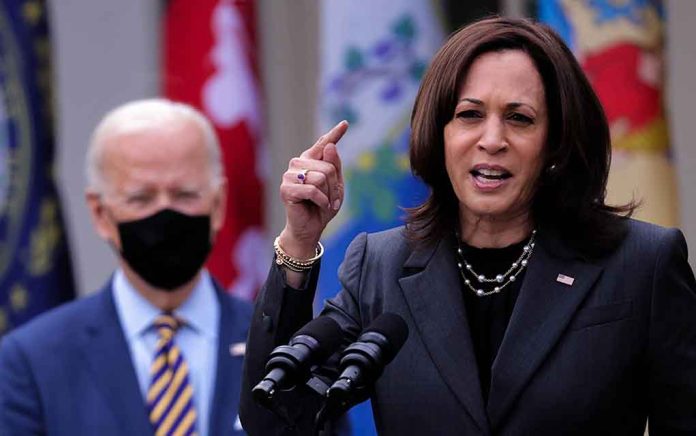 (RightWing.org) – We all forget things sometimes. Friends’ birthdays, what day to put out the recycling, or the passwords for all our apps. Occasionally, some little details slip our minds. How hard is it to forget who’s the president, though — especially when you are the president?

Vice President Kamala Harris turned 58 last Thursday, but her boss apparently forgot it. He remembered on October 24, at an event celebrating the Hindu festival of Diwali, and joked that “she turned 30.” At least it was probably a joke, but it’s hard to be sure — because President Joe Biden continued, “Happy birthday to a great president.”

Of course, this isn’t the first time Biden has forgotten that he’s the president and Harris isn’t. He called her “President Harris” at least twice last year and, just for variety, called her “the first lady” too. This January, he called her “President Harris” again during a speech to students. While his early references to “the Biden-Harris administration” were likely just a gesture to the party’s left, now he just looks confused.

There’s growing concern about Biden’s mental fitness for the office. In September, he had to apologize to the family of Representative Jackie Walorski (R-IN) for calling her up to speak at a White House conference — a month after she died. Biden insists that he’s “still functioning well,” but the evidence is stacking up against him.