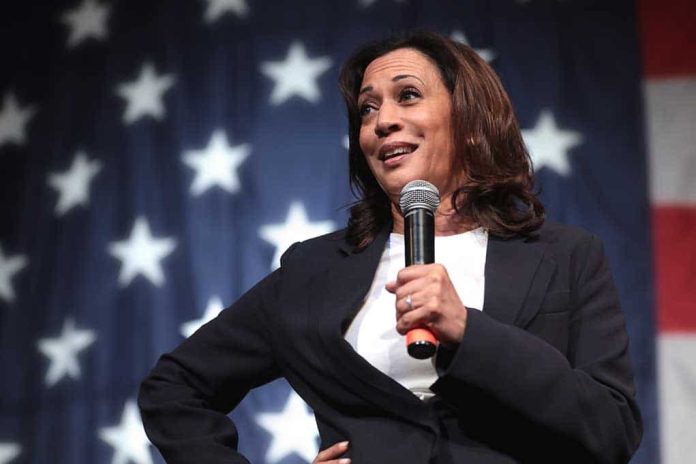 (RightWing.org) – The Democrats have been busy trying to covict President Donald Trump for alleged incitement, (and fortunately failed as he was acquitted yesterday), and the mainstream media is full of sanctimonious Leftists talking about how threats of violence have no place in our political system. They’re actually right about that – but they’re also massive hypocrites.

Vice President Kamala Harris is a typical left-wing Democrat and is next in line to become president in the next four years if Biden’s health continues to crater. She also publicly joked about killing President Trump. Appearing on Ellen DeGeneres’s show in April 2018, the host asked Harris who she’d rather be stuck in an elevator with; two of the options were Trump and Mike Pence. Instead of answering, she asked, “Does one of us have to come out alive?” then laughed.

Now the clip of Harris’s tasteless joke is circulating again, and Democrats are rushing to defend her. The truth is out there, though – Democrats are fine with political violence, just as long as Conservatives are the victims.