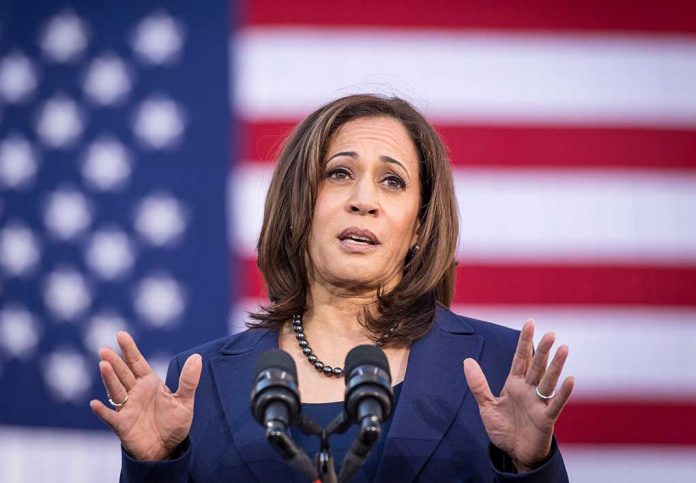 (RightWing.org) – Joe Biden didn’t wait to be sworn into office before he started referring to the Biden-Harris administration. The White House website included the term in a fact sheet posted five days prior to his inauguration. However, roughly 18 months later, it appears the vice president is reluctant to spearhead any White House projects.

On July 8, The Washington Free Beacon published an in-depth article discussing the vice president’s aversion to being placed in charge of anything.

Kamala Harris Doesn’t Want To Be in Charge of Anything https://t.co/yVOjtA4fX4

For example, on March 24, 2021, President Biden appointed her to lead the administration’s effort to stem the flood of migrants across the border from Mexico and the Northern Triangle. However, her only noteworthy accomplishment regarding border security involved hosting an international gaffe fest during a joint press conference with Guatemalan President Alejandro Giammattei in early June 2021.

Similarly, Biden tapped Harris to lead the administration’s effort to pass a new voting rights bill in 2021, but the vice president also dropped the ball on that issue. Harris didn’t even bother speaking with Senators Joe Manchin (D-WV) and Lisa Murkowski (R-AK), and any hopes of passing the measure died in the Senate.

The Washington Post reported Harris had reservations regarding her latest assignment — taking charge of the administration’s effort to promote abortion rights in light of the Supreme Court’s recent ruling returning the issue to the states. Allegedly she doesn’t want to be stuck with certain topics just because of her gender.

What do you think about Harris’ pattern of avoiding leadership roles in the so-called Biden-Harris Administration?