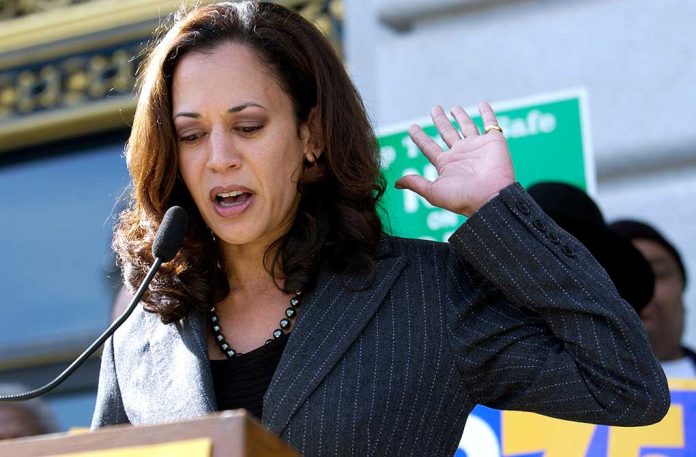 (RightWing.org) – President Biden rolled back Donald Trump’s immigration policies within hours of taking office, resulting in a surge of unaccompanied children at the nation’s southern border. Last week, he tapped Vice President Kamala Harris to head the administration’s efforts to deal with the influx of migrants. So far, her actual role in border matters remains a mystery.

Fox News reported on March 28 that Harris has gone AWOL in regards to the border crisis. A review of her public schedule doesn’t include any planned trip to the border. Additionally, the Office of the Vice President hasn’t released any press releases about the looming crisis.

So now that Kamala Harris is in charge of the border crisis, can we finally get an answer on when she’ll visit the border? Or is she still laughing about it?

GOP Chairwoman Ronna McDaniel tore into Harris in a weekend tweet, asking when the country might expect to get any word about a border visit.

Meanwhile, former President Donald Trump confirmed he would likely visit the border soon in a Fox News interview on Saturday, March 27. Is it too much to ask the CURRENT Vice President to do her job?