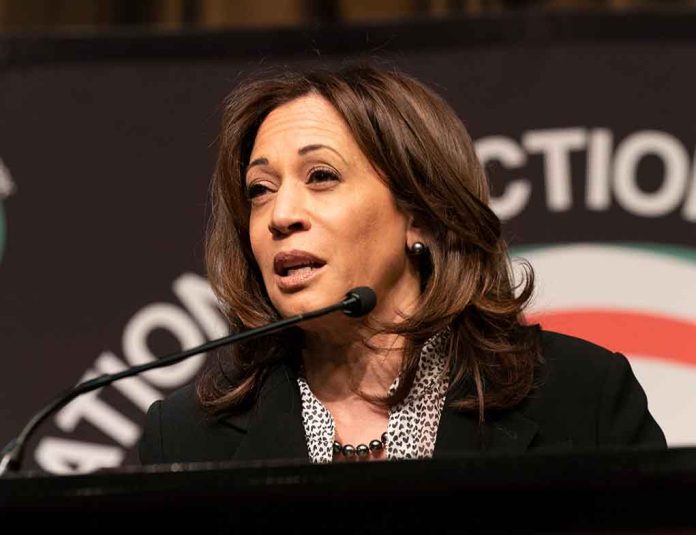 (RightWing.org) – Remember when the vice president was one of the fresh, exciting stars of the “Biden-Harris Administration?” Early last year, Kamala Harris was given a very high profile, but that quickly changed as everyone realized her uselessness. She might be about to get a second chance, though. The Democrats’ gain of one Senate seat in November’s midterms could release her from her previous tiebreaker role and let her come to grips with the rest of her job.

Up to now, with a 50-50 balance in the Senate, the Biden Administration has relied on Harris’s deciding vote to get anything through the Upper Chamber. In the new Senate, the Dems and left-of-center independents will hold 51 seats, so — depending on what path Senator Kyrsten Sinema (I-AZ) decides to follow — they should be able to pass legislation without Harris’s tie-breaking vote. That means she should have time to do the things that, so far, she hasn’t been doing.

It’s fair to say Harris has a popularity problem. An average of polls tabulated by Real Clear Politics shows that just 36.3% of Americans have a favorable opinion of her, making her even less popular than President Joe Biden. Her biggest problem is immigration; Harris was put in charge of that last March, and voters are frustrated at her failure to do anything about the problem. If the VP wants to move up to the top job, as George HW Bush and Biden himself did, she needs to rebuild her battered reputation; the changed balance in the Senate might give her the chance to do that.