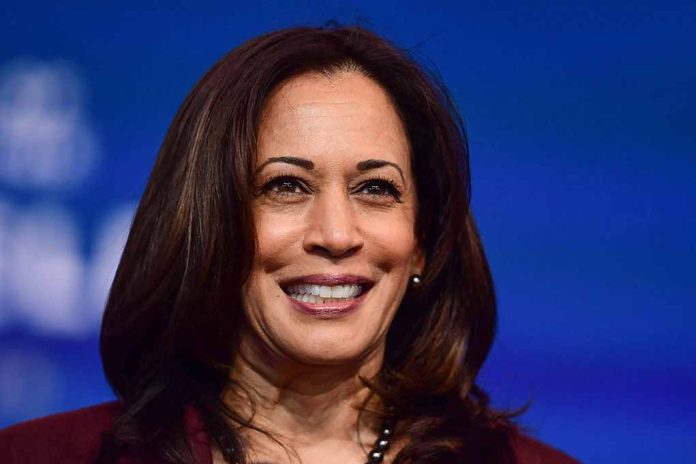 (RightWing.org) – Supreme Court Justice Stephen Breyer has finally given in to pressure from the left of the Democratic Party and agreed to retire. Now, President Biden gets to choose a nominee to replace him, and he’s already promised to nominate a Black woman. Unfortunately for the country, there’s a way he could fulfill that promise – and shed some baggage at the same time.

During his 2020 election campaign, Biden allegedly traded a promise to nominate a Black woman to the Supreme Court for influential Congressman Jim Clyburn’s (D-SC) support. He also picked Kamala Harris – an experienced Black female lawyer – as his running mate. It’s become obvious Harris is a political liability, and Biden has a Supreme Court vacancy to fill. Could he shuffle off one of his problems to solve the other?

Imagine this scenario: After a long and bitter Senate confirmation process to fill a vacancy on the Supreme Court, Vice President Kamala Harris ends up casting the tie-breaking 51st vote for President Joe Biden's nominee: herself. https://t.co/AjSG4mdhDj

Harris has the legal qualifications to sit on the Supreme Court, but the big challenge would be getting her nomination past the Senate. It’s likely all 50 Democratic Senators would vote for her, but nearly certain that all 50 Republicans would vote against her nomination. That would mean a tied Senate, and the vice president – Kamala Harris – casts deciding vote in a tied Senate.

It sounds crazy, but Harris could vote in favor of her own nomination to the Supreme Court, according to constitutional experts. As crazy as it is, the move would be legal. Is it likely? Hard to say – but Harris is failing badly as VP, and a Supreme Court nomination would offer her a graceful way out.