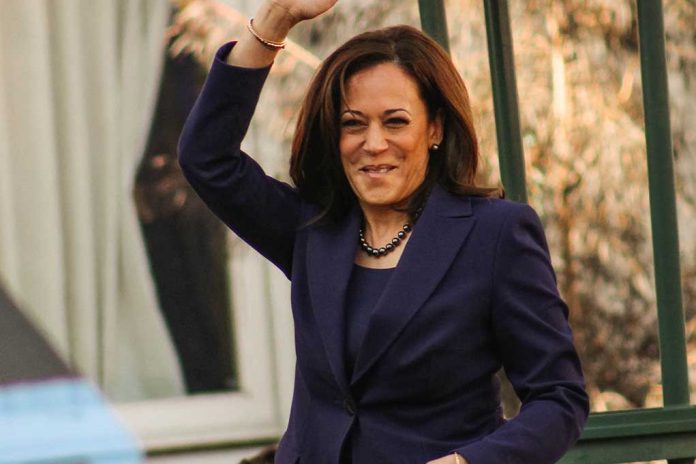 Kamala Harris Visits The Border — Not The US!

(RightWing.org) – Vice President Kamala Harris was put in charge of fixing the immigration crisis last year, but she’s completely failed. Now, after growing criticism, she’s finally decided to visit the border. The only problem is she went to the wrong one.

.@KamalaHarris will travel anywhere in the world but our US southern border that is under invasion every day by thousands of unknown people & deadly poisonous fentanyl.

Here she goes to South Korea & Japan, 2 countries that would never allow the same.

On September 29, Harris, who’s currently on a tour of Asia, visited the Demilitarized Zone (DMZ) between North and South Korea. The Biden administration is billing this visit as a show of support for the 28,500 US soldiers who help defend the 1953 ceasefire line against North Korean aggression. This gave Harris the chance for a photo opportunity looking north into the reclusive communist state — but it’s also opened her up to accusations that she isn’t visiting the border she’s actually responsible for.

President Biden gave Harris the job of securing the border with Mexico last March, but since then, illegal immigration has soared to record levels, and the country is awash in smuggled fentanyl. More than two million illegal immigrants have been arrested in the last year. Meanwhile, Harris has only visited the border once, in June 2021 — and even then, she steered well clear of problem areas, restricting herself to a staged conference in El Paso, Texas. She’s perfectly happy to pose with soldiers at a foreign border 7,000 miles from home but refuses to defend our own.