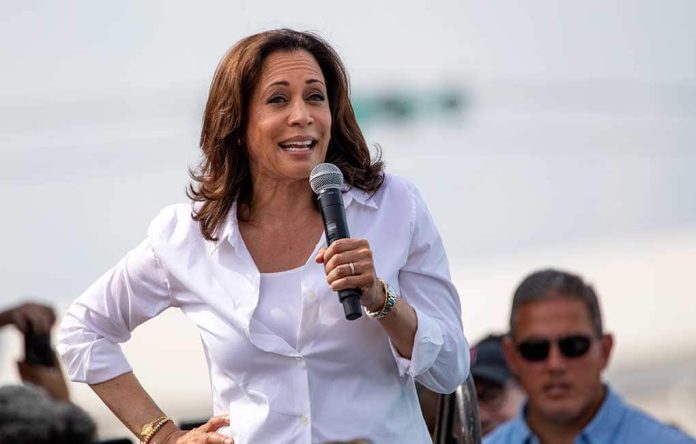 (RightWing.org) – Vice President Kamala Harris has come up with a new idea to boost the Left’s influence – encouraging federal employees to join unions. Harris says the policy will “remove barriers in the workplace” — opponents say it’s a power grab.

On October 20, Harris announced her new plan at a roundtable meeting with American workers. She wants federal agencies to give applicants and new hires information about unions during the hiring process. The requirements would include reminding workers of their right to join a union, which supervisors could easily present in a way that makes joining one seem the “approved” choice. Harris also called on all employers to follow the administration’s example.

Harris might think a huge expansion of union membership is a great idea, but former South Carolina governor and ambassador to the UN Nikki Haley disagrees. Hayley, the daughter of Indian immigrants who built a successful clothing business, has previously said, “We don’t need unions playing middlemen between our companies and our employees.” She supported South Carolina laws making it illegal to force workers to join a union as a condition of employment. She described Harris’s plan as “nothing more than a power grab that will crush worker freedom and empower labor bosses,” and she warned of the risk of intimidation by left-wing union chiefs.

Right now, unions are organizing strikes threatening the survival of US businesses struggling to recover from the COVID crisis. As governor, Haley managed to protect South Carolina from far-left labor unions – but who can protect us now?