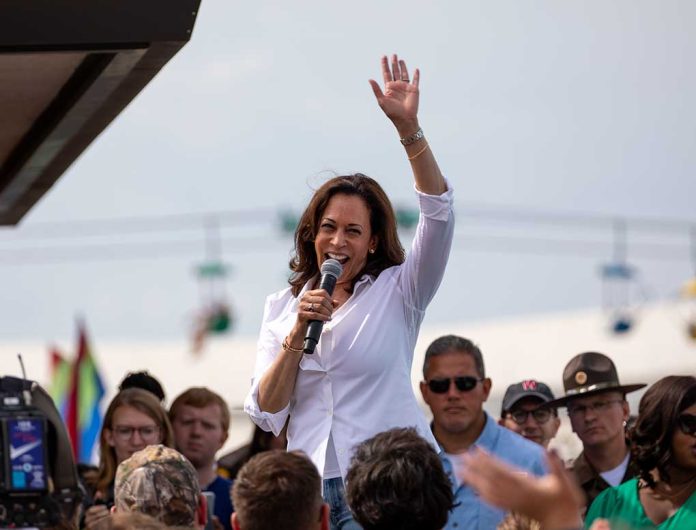 (RightWing.org) – Before it’s all over, Vice President Kamala Harris’ claim to fame could be her ability to be the only person in politics able to make President Joe Biden’s job performance look good — at least by comparison. Among other transgressions, she has apparently callously abandoned a world leader after using him for a cheap publicity stunt.

After facing months of criticism for her apparent lack of interest in visiting the border, Harris did the next best thing. In June, she went to Central America and met Guatemalan President Alejandro Giammattei. Never mind that Guatemala doesn’t share a border with the United States.

Reporter: “Other than your meeting with Kamala Harris in June?”

Guatemala's President: “That’s the only one”

Reporter: “That is the only communication you’ve had with the Biden Administration about illegal immigration?”

President Giammattei confirmed what many already suspected during an exclusive Fox News interview with host John Roberts on Wednesday, December 8. According to Giammattei, Harris’ June visit was the last time he saw or heard from her.

Here’s the thing: Ignoring the needs of countries of origin for immigrants like Guatemala shows an apparent lack of interest in decreasing the daily flood of migrants at America’s southern border.

As Giammattei told Fox News, there’s a lot the Biden administration could do to fix the underlying crises leading to the mass exodus of people from Guatemala and other Central American countries.

The US is way beyond the need for publicity stunts. Harris has wasted the bulk of 2021 on such trivial matters. Perhaps it’s time for Biden administration officials to embrace former President Donald Trump’s no-nonsense, America First approach to border security and immigration.