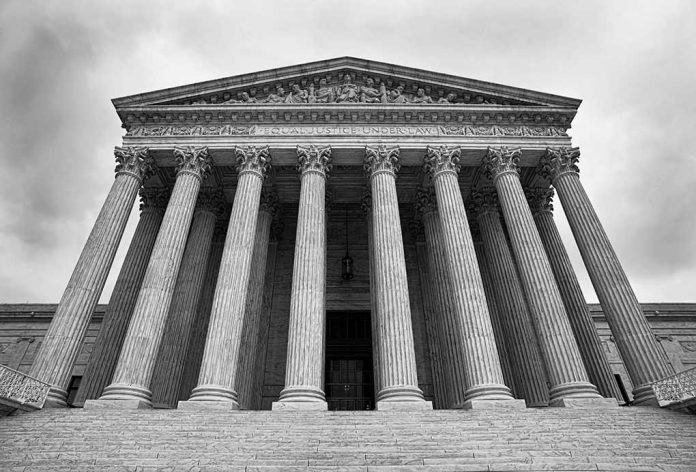 (RightWing.org) – From 2018 through 2020, censorship by Big Tech, and its right to do so. were controversial issues. Former President Donald Trump and many Conservatives heavily questioned if Section 230 of the Communications Decency Act was still relevant. Conservatives repeatedly called on Congress to revise the provision, but lawmakers never acted.

When Congress initially passed Section 230 in 1996, lawmakers wanted to shield emerging online companies from unnecessary lawsuits that would limit innovation as they created new businesses and forms of online communications. Now, Supreme Court Justice Clarence Thomas believes it’s time for the US Supreme Court (SCOTUS) to reconsider how Section 230 applies not only to political speech, but also criminal activities.

Thomas said the high court should consider the issue after the Texas Supreme Court upheld Section 230 in a case involving Facebook and a victim of sex trafficking. In the meantime, Big Tech companies like Facebook can ignore what happens on their platforms since they aren’t the ones creating the content.

In 1996, the internet was young and evolving. Congress intended for Section 230 to protect tech companies and entrepreneurs creating online forums, chat boxes in websites, and interactive games.

The law does so by prohibiting lawsuits against website owners when someone posts objectionable content or defames someone on their site. It also allows the owner the flexibility to remove or censor content that violates its terms of service. To preserve liability protections, a tech company must not be considered a publisher of content, but a disseminator of others’ content.

On Monday, March 7, Thomas said it is difficult to see why Section 230 protects Big Tech from liability by avoiding removing content that could lead to serious crimes.

A case recently presented to the SCOTUS involved a 15-year-old girl, named Jane Doe, and a predator who used Facebook to lure her in. The man repeatedly assaulted the young woman and then trafficked her for profit. She ultimately escaped and sued Facebook in Texas courts for violating Texas’ anti-sex-trafficking laws as well as other violent crimes committed against her.

Justice Thomas said that while Facebook received Section 230 immunity, company officials knew that human traffickers took advantage of the platform to cultivate victims. He said the massive company failed to take reasonable steps to stop human and sex traffickers from using its platform. The justice accused Facebook of not doing so because if the public knew what was going on, it might reduce the number of users on the platform and hurt their bottom line.

Justice Thomas questioned if Congress intended the law to operate in this matter, or if it was even Constitutional to grant Facebook immunity from illegal acts. He added that the provision may be a violation of the First Amendment.

Thomas added that he believed it’s time for the nation’s high court to step in and address what is proper immunity and what is not under Section 230.

Will the SCOTUS address the issue in an upcoming case about Big Tech immunity provisions?