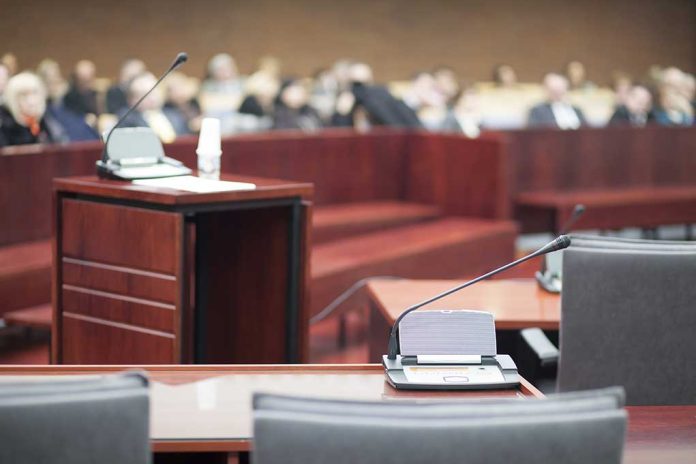 (RightWing.org) – Conservative radio host Alex Jones is facing a defamation trial over his comments on the 2012 Sandy Hook school shooting. Now, two judges have made an astonishing series of rulings. In a case that’s all about free speech, the justices have effectively banned Jones from defending himself.

Unable to use the First Amendment defense in a case in which free speech is the core issue. Incredible. https://t.co/5IV0rZ9cZS

The families of several Sandy Hook victims are suing Jones for defamation over his claims that the atrocity was staged and nobody was actually killed. Jury selection for his trial began on July 25, but judges in Texas and Connecticut had already made a series of rulings that effectively destroy his ability to mount a defense. Among other things:

The whole case is about whether or not Jones has the right to free speech; now, the courts are banning him from using that argument, while the jury will be told to accept his opponents’ arguments as fact. His First, Fourteenth and arguably Fifth Amendment rights are all being ignored. This could happen to anyone. Is this justice in today’s America?