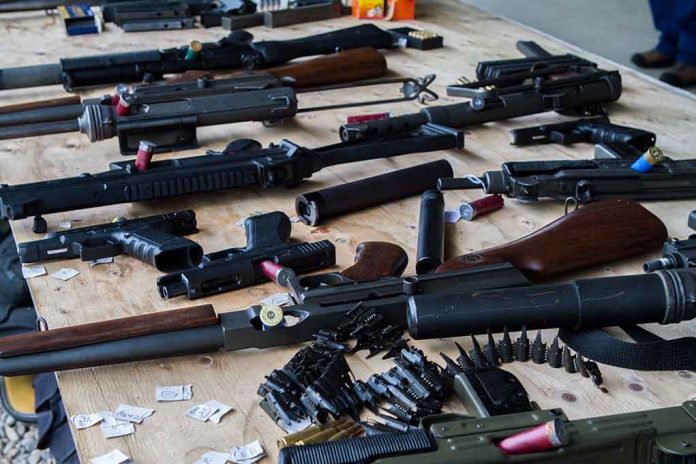 Judge Throws Out Lawsuit Against US Gun Makers

(RightWing.org) – The flow of American guns across the nation’s southern border, aided and abetted by former President Barack Obama’s administration and the subsequent lax border policies of President Joe Biden, compelled Mexican officials to seek accountability from US firearms manufacturers. However, a federal judge recently thwarted that effort.

Lawyers for the defense successfully argued that the 2006 Protection of Lawful Commerce in Arms Act (S.397) barred Mexican authorities from suing firearms manufacturers. Judge Saylor noted in his ruling the law “unequivocally” prevented the plaintiffs from pursuing their case.

Mexican officials filed the lawsuit in August 2021, alleging that the US gun manufacturers “victimized” its government and citizens by the “deadly flood of… lethal guns that flows” across the US border “into criminal hands.” The lawsuit claimed that firearms manufactured in the US led to the murder of 17,000 Mexican citizens in 2019.

The plaintiffs in the case sought several remedies, including an award of compensatory and punitive damages along with legal fees. The lawsuit also asked the court to order the defendants to “abate and remedy the public nuisance” they created in Mexico, restructure their distribution systems, install “all reasonably available safety mechanisms” in their firearms, and fund studies and other programs focused on preventing unlawful gun trafficking.

Judge Saylor concluded his 44-page decision by acknowledging the court’s “considerable sympathy” for the people of Mexico but said he was “duty-bound” to follow the law.