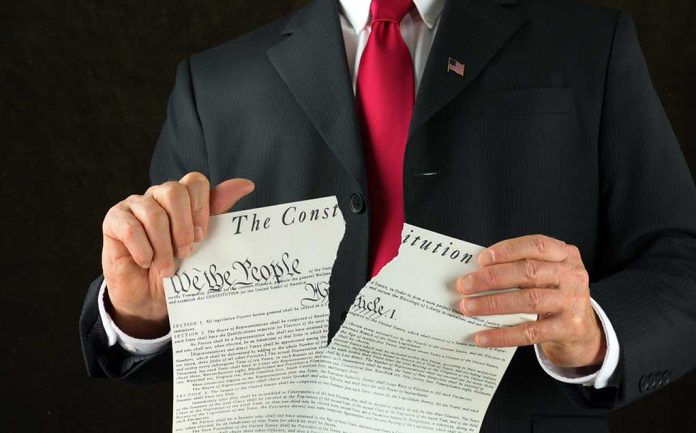 (RightWing.org) – It’s official. The Democratic-led House of Representatives voted to impeach President Donald Trump for the second time on Wednesday, January 13, 2021. Senate Majority Leader Mitch McConnell (R-KY) made it clear earlier in the day that he would refuse to call the Senate into an emergency session to hold a trial, effectively eliminating any chance of the president being removed from office.

A former judge who served on the United States Court of Appeals for the Fourth Circuit, J. Michael Luttig, weighed in on the possibility of a Trump impeachment in an op-ed published by The Washington Post on January 12.

A president cannot be impeached after he leaves office. Therefore, were the House of Representatives to impeach the President before he leaves office, the Senate of the United States could not thereafter convict the former President and disqualify him from future public office.

In the article, Luttig clearly stated his belief that holding an impeachment trial after Trump left office would be unconstitutional, meaning the Senate would be unable to bar him from seeking public office, including the presidency again, in the future.

In light of that fact, it’s unclear what, if anything, will come from the impeachment referral from the House. We will keep you informed of future developments as they occur.