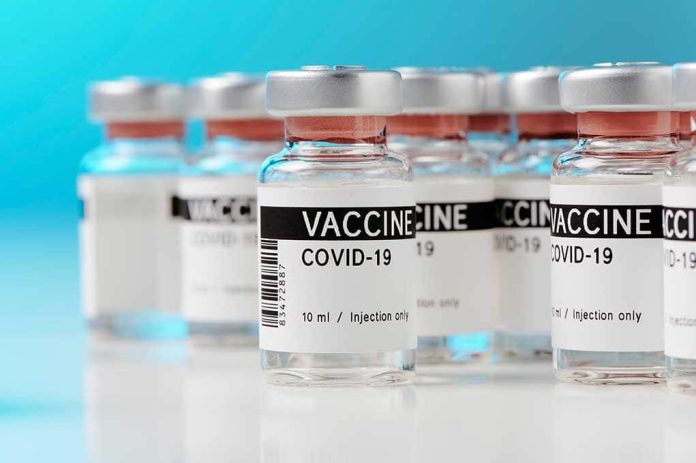 (RightWing.org) – There are three vaccines approved for use in the United States and they are produced by Pfizer, Moderna, and Johnson & Johnson — the only one of them in a single shot rather than the two that are required with the others. Unfortunately, a subcontractor for J&J accidentally contaminated approximately 15 million doses and they have been removed from the supply chain.

BREAKING: Ruined!!! Future shipments of Johnson & Johnson’s coronavirus vaccine will be delayed after one of its subcontractors ruined 15 million doses at a Baltimore factory over the last several weeks, according to two U.S. officials with direct knowledge of the situation.

Emergent Biosolutions in their Baltimore, Maryland plant also manufactures the AstraZeneca version which has been approved for use in Europe but not in America. Workers somehow mixed the two solutions which immediately disqualified them from use.

According to an article on Fox News, the White House has said that all doses that have already been delivered were produced in a different facility that has been approved by the Food and Drug Administration (FDA) and that they are investigating the exact cause in Baltimore. The Associated Press ran a story that indicated Emergent has been cited on several occasions by the FDA including for “poorly trained employees,” although there is no indication that played any part in this mishap as of yet. As of now, J&J says it will continue to meet its goals for vaccine distribution.