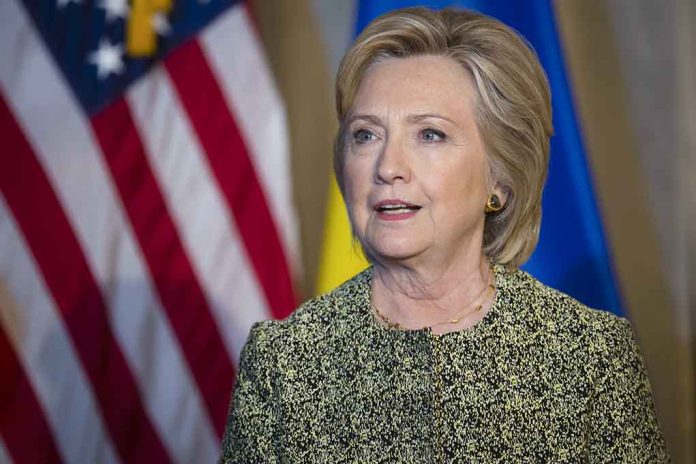 (RightWing.org) – The Russia collusion allegations against former president Donald Trump fell apart long ago, but now, the whole scandal looks like it’s going to blow up in Hillary Clinton’s face. Special Counsel John Durham has explosive new evidence of lies from the Clinton campaign. Was there really an anti-Trump conspiracy?

On April 4, Durham filed new documents that allege Clinton’s campaign formed a “joint venture or conspiracy” to create the collusion scandal and damage Trump’s election chances. It’s the first time Durham has gone this far in his allegations – but so much evidence is stacking up now, he’s obviously confident he can back it up.

Durham found a text message proving Clinton campaign lawyer Michael Sussman lied to the FBI when he handed over anti-Trump “research” and told them he wasn’t working on behalf of a client. The truth is the attorney was working for the Clinton campaign, as he later admitted to Congress.

In a shocking move, Durham also says he wants to introduce the Trump-Russia dossier and its author, British mercenary Christopher Steele, as evidence against Sussman. Sussman’s defense lawyers are frantically trying to block the dossier, arguing it will “fuel partisan fervor.” Isn’t it more likely they’re worried the whole conspiracy is now about to be exposed?