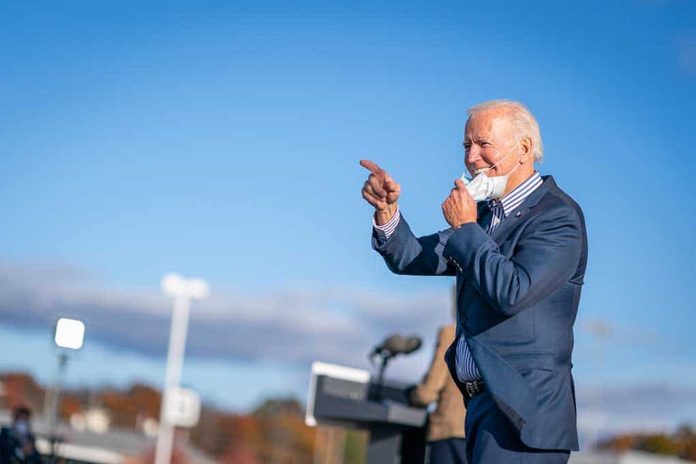 (RightWing.org) – True to form, President Biden is caving to the radicals in his own party over diplomatic relations with Israel – and it seems he’s willing to break the law to do it.

On May 25, Secretary of State Antony Blinken announced that the US would reopen its former consulate in Jerusalem, which was closed in 2019 after the US Embassy relocated to the city from Tel Aviv. This move would give the US two diplomatic missions in Jerusalem. Biden’s intent is clear – the Embassy would work with Israel, while the consulate would be America’s mission to the Palestinians.

The problem: It’s against the law. The 1995 Jerusalem Embassy Act – which Biden voted for as a senator – mandates one US mission in Jerusalem and specifies that as the US Embassy to Israel. The current system complies with that law; opening a separate consulate would break it. It would also violate Biden’s campaign promise not to downgrade our recognition of Jerusalem as Israel’s capital.

The Israeli government has filed a protest over the opening of the consulate.