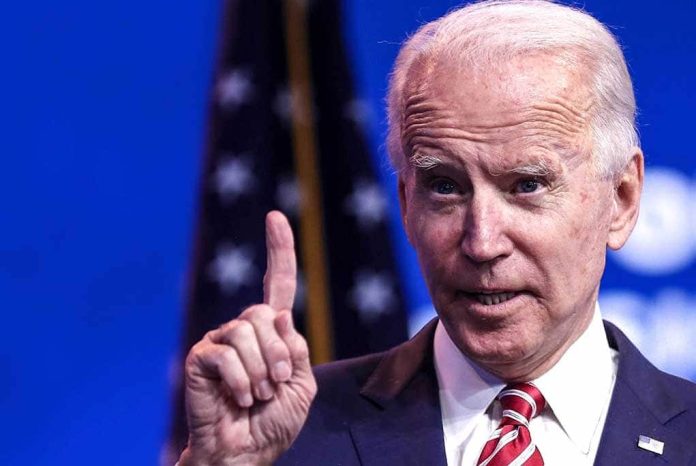 (RightWing.org) – The Biden administration’s foreign policy is getting more confusing by the day. On Wednesday, the Pentagon said China and climate change are the two biggest threats facing the US. The same day, President Biden signed a new climate deal – with China.

On November 10, just hours after Pentagon spokesman John Kirby spoke about the leading threats to America, Biden announced a new agreement with one of those threats to take action on the other. The new deal, also spouted by special climate envoy John Kerry, commits the US and China to work together to implement the 2015 Paris Agreement – so, in other words, it’s nothing new.

The European press immediately ridiculed the announcement, saying it was just Biden and the Chinese Communist Party trying to conceal the fact they’d contributed nothing to the COP 26 climate conference.

At the same time as Biden was making meaningless deals with our #1 rival, ordinary Americans face a cost of living crisis as inflation, pushed by Biden’s spending plans, climbs relentlessly. Meanwhile, it took the Chinese barely a day to renege on the new deal; the communist dictatorship is trying to cut a pledge on reducing coal use from the COP 26 agreement.

China uses more coal than any other country and emits a massive amount of carbon dioxide. Biden can waste as much as he likes on green projects because China’s coal consumption makes it all irrelevant.