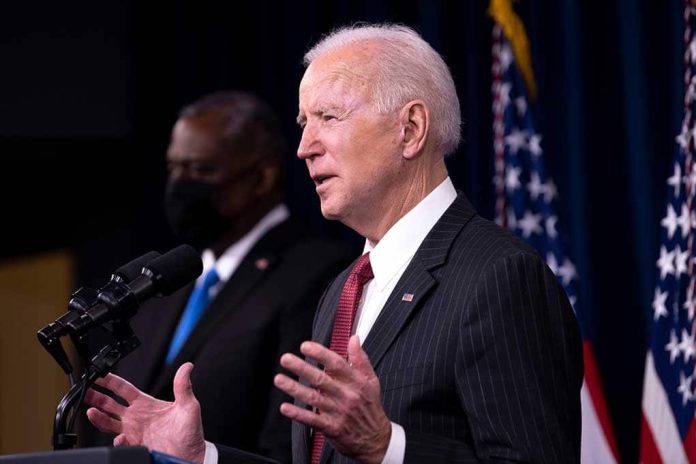 (RightWing.org) – A few days ago, sustainability experts warned that President Biden’s radical green plans could almost eliminate meat from the American diet. Now some of their colleagues are saying that Biden can’t deliver green electricity either.

President Joe Biden wants to cut America’s greenhouse gas emissions in half by the end of the decade. Reaching that goal would require a vast transformation toward renewable energy. https://t.co/5LSE0dOL79

Biden wants to cut US carbon emissions in half by 2030, and the bulk of that reduction will need to come from power generation. This goal means replacing coal, oil and gas power plants (which can be located anywhere) with solar, wind and hydroelectric generators (which can’t). Moving electricity from the often remote locations where it can be generated renewably to the towns and cities where it’s needed will mean a huge expansion of our electricity grid – and that grid is already falling apart.

Larry Gasteiger, executive director of the transmission industry’s trade group, says he’s “very worried” about the implications of Biden’s plan. The existing power grid infrastructure was mostly built in the 1950s and is 20 years past its planned life. Bad weather and even solar flares regularly cause outages, while overloaded power lines are a major cause of California’s lethal wildfires. Gasteiger says expanding the grid to carry renewable electricity is a “moonshot effort” and warned he sees no evidence of actions to match the talk about renewables.

Even if Biden does let us keep eating steaks, we may not have the power to fry them.