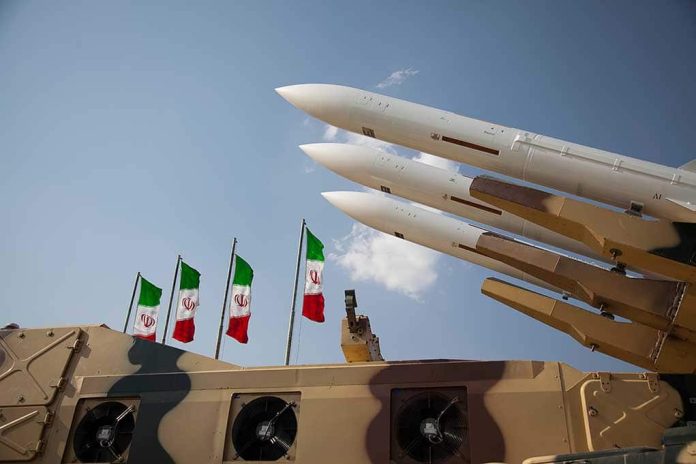 (RightWing.org) – The Biden administration prepared for a new range of concessions to Iran this week, as the president desperately tries to resurrect the failed nuclear deal agreed to when he was vice president. Iran’s demands keep growing – and Biden keeps giving in.

As of April 30, US and Iranian officials were still holding informal talks in Vienna over America’s return to the deal. It was a bad deal in 2015, and it looks like it’s getting worse in a hurry because Tehran has moved on from demanding the lifting of sanctions on its nuclear program; now, it wants all US sanctions scrapped – even those imposed for terrorism and human rights violations.

Note the very precise slip from US "returning to the deal" to "removing all sanctions that prevent Iran from benefiting from deal." Iran is demanding sanctions relief BEYOND what they got in 2015 – and more precisely, access to US banks and dollars. Team Biden will say yes. https://t.co/sG2QjVC2Lg

Administration officials say they need to give Iran what it wants because President Trump sanctioned Iranian organizations for multiple offenses; even if nuclear sanctions were removed, they’d still be penalized for terrorism and brutality. The question is, what does Biden think he’s going to get in return for giving Iran what it wants? Six years ago, sanctions were lifted, and Iran went right on with its nuclear research. Why does Biden think it will be any different this time?