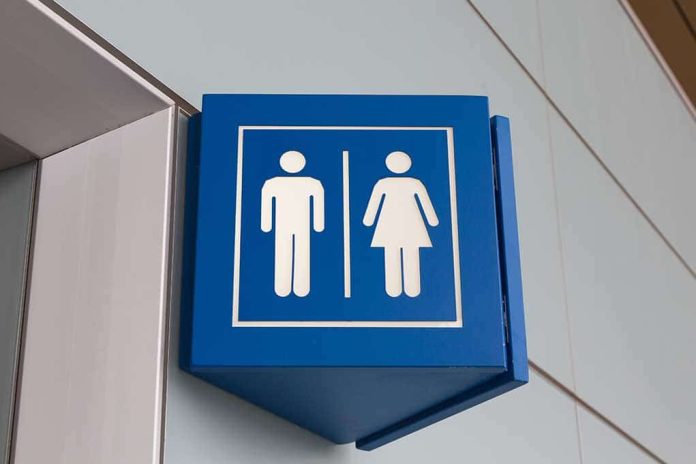 (RightWing.org) – President Biden set the tone of the next four years on Wednesday, January 20, by signing 17 executive orders. The mix includes one reinstating a failed Obama-era law that lets men use women’s restrooms by claiming a different “gender identity.”

Under Barack Obama, Title IX anti-discrimination rules were updated to say that men who “identified as women” could use women’s restrooms, putting women in increased danger. This update was a hugely controversial move, with around half the states suing the federal government. Former President Trump quickly revoked the new rules when he took office.

That's just on day one. https://t.co/iiUy3iRr4Y

Now Biden is bringing them back. A statement on his campaign website boasts how he’ll restore the ability for those who identify as women, regardless of gender at birth, access to sports, bathrooms, and locker rooms” – in other words, let men into women-only spaces.

Under Biden, the Democratic Party seems to have completely surrendered to the small minority of noisy trans activists. Last year, he suggested letting third-graders decide their own genders, so even elementary school restrooms won’t be safe from his policies.