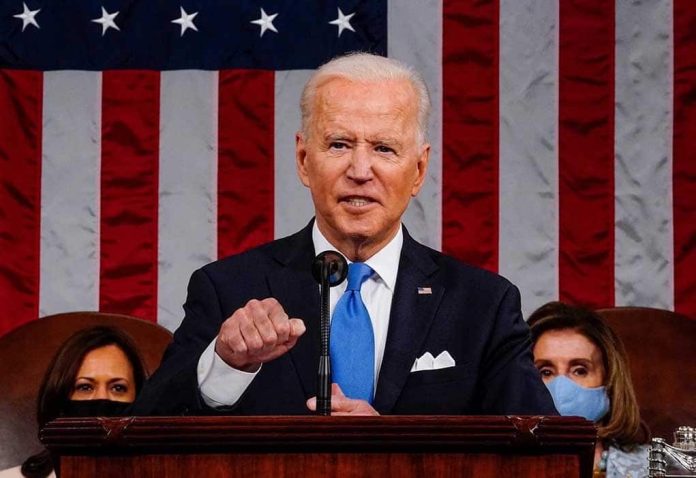 (RightWing.org) – President Biden stunned the US on Wednesday when he let loose an astonishing rant about the power of the federal government and the inability of ordinary Americans to fight back against it.

BIDEN: You’ll need F-15’s and nuclear weapons to take on the government pic.twitter.com/dAZ0yeaq2y

Addressing a press conference on June 23, Biden somehow decided it was appropriate to deny the whole point of the Second Amendment by telling the country the government could infringe the right to bear arms – and always had.

Biden claimed that from “the day it was passed,” the Second Amendment set limits on the types of individuals allowed to own guns and “what type of weapon” they could own. He went on to ridicule Thomas Jefferson’s famous statement about the tree of liberty needing to be refreshed with the blood of patriots. Then he warned that if you want to confront the government, “you need F15s and maybe some nuclear weapons.”

It’s hard to interpret this as anything except a warning that, if it comes to a fight, the government has more firepower – and predictably, the reaction was furious. Donald Trump Jr dismissed the president as a “doddering old fool,” while Representative Thomas Massie (R-KY) mildly pointed out that threatening the American people with nuclear weapons was “not OK.” The Democratic Party was conspicuously silent on the subject.