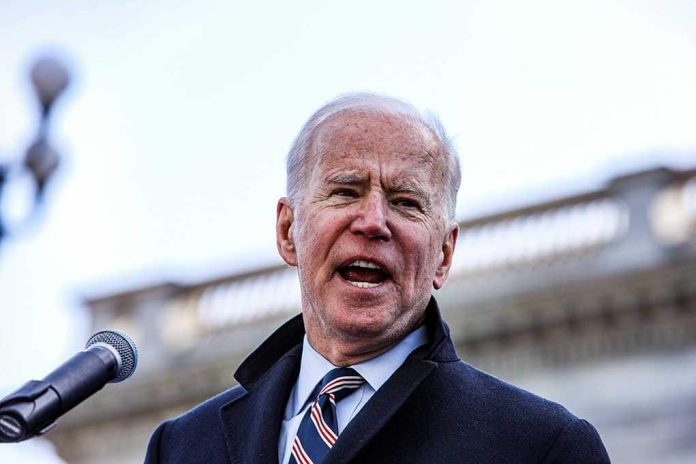 (RightWing.org) – President Joe Biden faces mounting criticism in the wake of his administration’s botched handling of the final withdrawal and evacuation of US troops, American citizens, and Afghan allies from war-torn Afghanistan. It’s pretty clear his handlers want to avoid having him answer questions from reporters about the crisis. One need look no further than his awkward departure from an August 29 press briefing to understand why.

Biden quickly read a short prepared statement from FEMA headquarters about Hurricane Ida that afternoon. Afterward, he called on a reporter, telling her he wasn’t supposed to take any questions, “but go ahead.” She only had time to say, “Mr. President, on Afghanistan —” before he interrupted her, saying he wasn’t going to answer any questions about the war-torn country.

She attempted to finish her question, prompting him to turn his back on the crowd of reporters. Now facing FEMA staff members, he quickly thanked them. What happened next can best be described as bizarre.

Apparently unnerved by the question, he appeared not to know which direction to turn to escape the room. After doing a 180, he eventually found his way to the exit.

Biden’s inability to field the simplest of questions raises growing concerns about his ability to lead the country. If he can’t handle reporters, who is making the tough decisions at the White House?