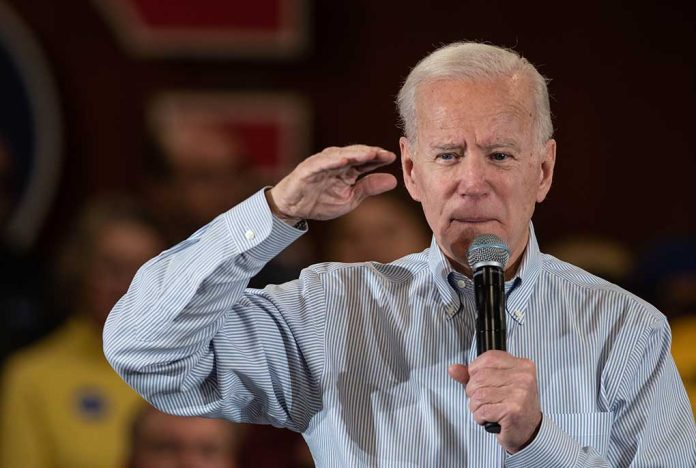 (RightWing.org) – Joe Biden’s inability to handle immigration and border security issues has led to an unprecedented crisis at the nation’s southern border. He stubbornly refused to admit there was a problem at the border, but finally relented and put Vice President Kamala Harris in charge of the border in March.

In more than a month, she hasn’t announced any new policies, nor has she visited the border or Latin American countries as expected. She did, however, take time to blame the United Nations, “extreme weather conditions,” and the Trump administration for the nation’s growing immigration problem.

Making matters worse, Biden has taken to flip-flopping on his administration’s aims regarding the nation’s annual refugee cap.

Biden Reverses Himself, Says He Will Increase Refugee Cap

Biden announced he was raising the refugee cap to 62,500 individuals statement in a stunning reversal on May 3. According to him, his decision “erases the historically low number set by [the Trump administration] of 15,000” because it didn’t “reflect America’s values… that welcome[s] and support[s] refugees.”

Shortly after taking office, he promised to raise the cap, but quickly reversed himself and opted to keep Trump’s policy in place. Reportedly, this was out of concern it would make him look bad to increase the flood of illegal immigrants crossing the border. His latest reversal stunned friends and foes alike.

It’s important to note that this cap isn’t limited to refugees currently flooding across the nation’s southern border. It includes refugees from Africa, Asia, the Caribbean, and Europe. It also includes thousands of spots not allocated to any particular region.

The decision serves to help Biden silence concerns from refugee advocates and liberal activists like Rep. Ilhan Omar (D-MN). However, a flood of tens of thousands of refugees could derail efforts to get hard-working Americans back on the job. Concerns about the spread of COVID-19 are alarming in light of the rise of new, more deadly strains of the coronavirus in other countries.