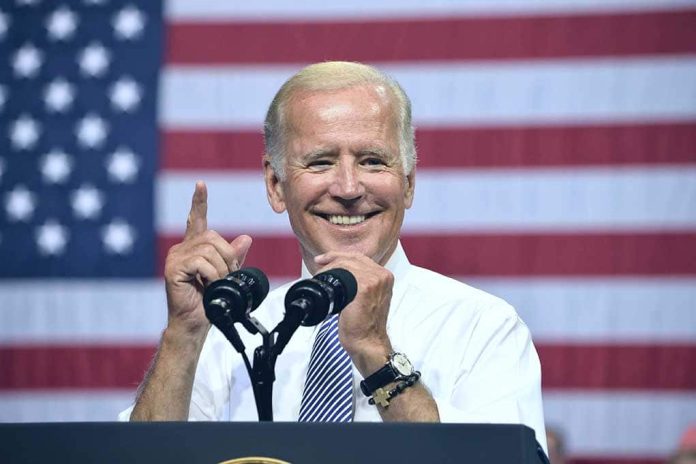 (RightWing.org) – President Biden has a reputation for making awkward gaffes, but there are also darker rumors of inappropriate behavior towards women – especially young women and girls. Now he’s put his foot in it again, but the woman involved is the daughter of a key foreign leader this time.

On June 28, Biden gave a joint briefing with Israeli president Reuven Rivlin at the White House. What should have been an affirmation of the alliance between our countries turned embarrassing as Biden just couldn’t resist talking about the wrong thing.

This man is a total creep.https://t.co/4o4oRIPobG

There are some serious issues in the Middle East right now, including Iran’s determination to build nuclear weapons and continued aggression by Hamas and Hezbollah towards Israel. Despite that, the first thing Biden wanted to talk about was Rivlin’s daughter. “It’s not technically appropriate,” he said, “but I — I’m so delighted his daughter is here. She’s in the back right there. And I got to — I got to meet her.”

After that bizarre introduction, Biden managed to drag himself back to relevance, but his lapse raises some serious questions. Creepy Joe has been accused of a serious sexual assault against a staff member, and there has been discomfort at a video that seems to show him inappropriately touching young girls. Is he really so short on self-awareness that he couldn’t stop himself talking about a fellow head of state’s daughter?