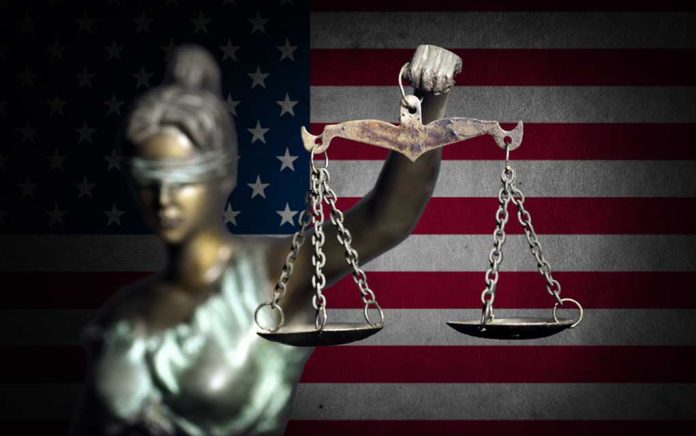 (RightWing.org) – During the Great Depression, President Franklin Roosevelt (D) secured an expansion of the social safety net. In some communities, unemployment hit as high as 80%. Roosevelt’s wide-sweeping proposals radically shifted economic policy that forever changed the US government. It became larger, and its role in the economy grew significantly.

Roosevelt used the government to build hydroelectric dams, pay commodity farmers, guarantee the right of workers to unionize, provide jobs for the unemployed, and introduce what would become Social Security. President Lydon Johnson (D) created the Great Society to wage war on poverty through social welfare programs such as food stamps, Medicare, and low-income housing. In the wake of the COVID-19 pandemic, the government built a bridge for the tens of millions forced out of work. Now, some jobless Americans want the government to continue giving them a $300 per week federal unemployment benefit after GOP-led states terminated the program due to the improving economy and lack of workers to fill job openings. Jobless workers are suing in three states, and two judges sided with them.

In the spring of 2020, Congress passed into law a provision that paid tens of millions of Americans a $600 per week additional federal unemployment lifeline during the hardest hit time during the pandemic. It was extended two more times but at half the rate — $300 per week. It’s set to expire on September 6.

Indiana, Texas, and Maryland are among 26 GOP-governor-led states that terminated the federal unemployment benefit early. Republicans argue the plan is no longer needed and empowers people to stay home instead of returning to work. Some economists say that the federal benefit plays a role in unemployment numbers, even though there are plenty of jobs to be found.

Congress designed the program to allow states to opt-in to the program. To terminate it, all that is required by the states is a formal 30-day minimum notice to the US Department of Labor.

Despite the law’s clear intention, two judges ruled in separate cases that the opt-outs would cause harm to the benefit recipients. Of course, it will cause harm to some. However, where was that ruling when critics of shutdowns argued before the courts it would cause “harm” in 2020? Those claims were dismissed and disregarded.

In Indiana, Marion Superior Court Judge John Hanley wrote that the opt-out “violated the clear mandates of Indiana’s unemployment statute — to secure all rights and benefits available for unemployed individuals.” Additionally, the judge stated that the benefit cut likely “violates state law.” The ruling forces the state to continue paying the federal benefit until the lawsuit is decided.

In Maryland, two lawsuits allege the opt-out will hurt families struggling to find work. In Baltimore, a state judge ordered the payments to continue and threatened that if they didn’t, the state would “face significant hardship.” The order expires in 10 days as the state prepares to file an appeal.

In Texas, a court threw out the case saying the plaintiffs didn’t have standing to bring a lawsuit claiming Gov. Greg Abbott “exceeded his power.”

Over the decades, Americans became accepting of government programs and safety nets. While the intentions may be well-meaning, sometimes policies ended up causing more harm than good. It’s difficult to discern the two judges’ legal rulings that appear built more on emotion than law. It will be interesting to observe how the courts sort this out as the legal cases make their way through the appeals process.