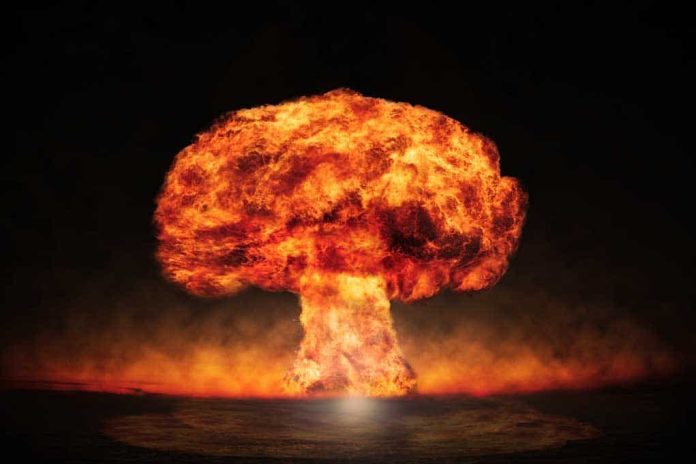 (RightWing.org) – Things appear to be getting worse for Democrats hoping to pass their far-left socialist takeover of America. The red line has been drawn in the sand by two moderate Democratic senators who have all the power to decide what goes in a bill and what stays out. It’s infuriating the Left and jeopardizing any hopes they may have of passing culturally and socially transformative legislation.

On Saturday, October 16, Sen. Joe Manchin (D-WV) apparently defeated two far-left provisions of the so-called “human” infrastructure package the Democrats hoped to pass on partisan lines by October 31. The chances of a bill passing by then, or at all, is diminishing by the day. Hostilities are rising, and Joe Biden’s key signature legislation is hanging by a thread that’s getting thinner and thinner.

Will it break, or will the Democrats pull it together and pass something?

In an evenly divided Senate, a partisan reconciliation bill needs all 50 Democrats to vote together to pass legislation. Reporters learned on Saturday that the White House removed one of the critical parts of the climate plan from the bill. Manchin hails from coal and natural gas-producing West Virginia. He announced that he’s firmly against eliminating fossil fuels and replacing them with alternative energy.

The White House is now working with legislators to remove the climate provision from the bill to satisfy Manchin. However, they are researching how to accomplish their goals of cutting emissions with a mix of other climate policy initiatives. If it achieves the same purpose of cutting out fossil fuels or harms West Virginia, it’s unclear if Manchin will bend or hold firm. To this point, he’s not backed down on anything since the process began in late July.

The response from the Left was swift.

We cannot advance legislation that makes the climate crisis worse.

The Exxon-designed “bipartisan” infrastructure plan worsens emissions, but pairing it w/clean energy in Build Back Better neutralizes BIF’s harm and lets us tackle the climate crisis.

We cannot afford to gut it. https://t.co/jwlykDEG4s

He is just one person. There are more of us who say hell no will we allow the planet to burn. https://t.co/Vqz0tyxtyy

The Squad member pointed out that Manchin is just one person. That’s true, but he’s a person with the deciding vote. If the entire party is opposed to the Senator and he stands firm, it’s the end of the discussion. They need all 50 Senators, not 49 who agree with their policy positions.

Rep. Ritchie Torres (D-NY) called Manchin’s defiance against the party “tyranny.” Well, millions of Americans believe the Democratic plan is a form of government overreach and tyranny. Progressives say they will continue to fight. Yet, it appears to be a fight in futility. A few weeks ago, Sen. Manchin reminded the Left he is not a liberal. The Senator said they’ll need to elect more liberals to override his vote if they want these policies.

Manchin wasn’t done with the Left after making his demands on fossil fuels. He went on to attack another key provision Democrats hoped to use to bribe voters. The Left wants to extend the new $300 per child tax credit payment into permanent status. Congress wrote the law to expire at the end of the year. The West Virginia Senator said he would only accept a means test for eligibility that includes a $60,000 income limit and a work requirement if Democrats want his vote.

Again, the Left is coming unglued. Democratic leaders asked Manchin to tell them what he wanted. When he tells them they don’t like it. Progressives are unlikely to get on board with Manchin’s demands.

So, here’s where we are in the process. If Progressives don’t give Manchin what he wants and he remains firm, the legislation is dead. The closer to November we get, the harder it will become to pass a partisan bill. The Virginia gubernatorial race is extremely tight and uncomfortable for Democrats. If Democratic candidate Terry McAuliffe loses or Republican Glen Youngkin gets close, it could spook Virginia moderates enough to walk away from the bill. House Democrats only have a three-vote margin. There are already three Democrats from other states expressing concern about the legislation as well.

The Democratic infighting is about to intensify. Will the two moderate Senators and the far-left reconcile their differences to pass something that’s still bad for America, or will the bill experience a painful death?

For all you political junkies, it’s time to grab some popcorn and soda, sit back, and enjoy the show.