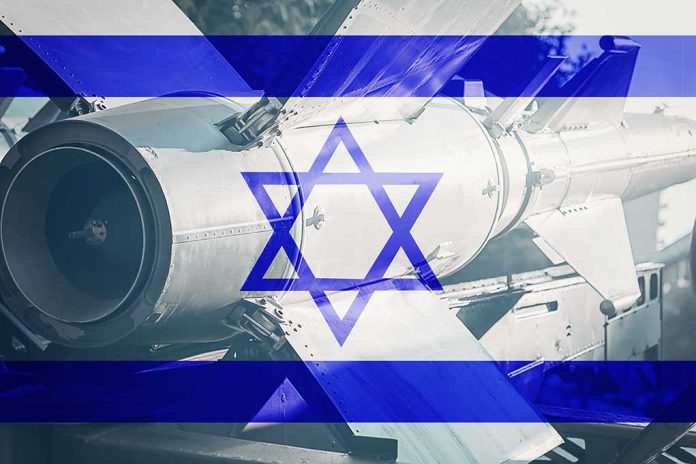 (RightWing.org) – Right now, the war in Ukraine is the focus of everyone’s attention, but other conflicts haven’t stopped. The Syrian defense ministry is claiming Israel has launched an airstrike on the country’s capital, Damascus. The attack allegedly happened early Monday morning.

On March 7, a Syrian government-controlled news agency reported the country’s air defenses were activated around 5 a.m. on Monday to deal with “Israeli aggression.” According to the Syrian Arab News Agency (SANA), the Syrian military shot down “most” of a volley of Israeli missiles, but at least one got through. The news agency claims two people were killed in the Damascus area. Just two weeks ago Syria made similar claims, saying three soldiers died in another attack on Damascus.

While the world is focused on the crisis in Ukraine, Iran continues to base itself militarily in Syria so they can attack Israel in the "right time".

Israel is not putting up with this. https://t.co/5YAXDLZ0uX

Syria is a potential flashpoint that’s become even more dangerous since Russia invaded Ukraine on February 24. There are small numbers of US and allied troops in Syria, mostly special forces working with anti-regime groups, and there are also several thousand Russian “military advisers,” troops and mercenaries.

With tensions running high in Europe, there’s a danger that clashes between western and Russian forces could rapidly escalate into open combat. There’s even a risk attacks by Israel, often seen in the Middle East as a US proxy, could spark a Russian response. Unfortunately Syria and their Iranian allies regularly provoke Israel, which responds with predictable violence. That used to be a threat to Israel; now it’s a threat to us all.