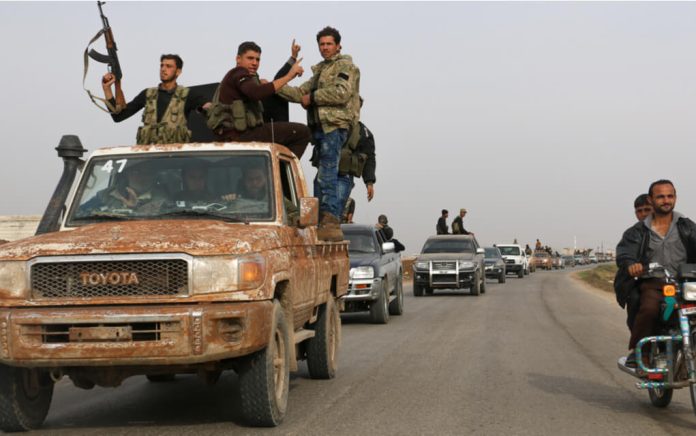 (RightWing.org) – All eyes are on the expanding military conflict between Russia and Ukraine. Meanwhile, ISIS recently announced its latest terrifying objective while the Eastern European conflict distracts the world.

On April 17, Abu Omar al-Muhajir, an ISIS spokesperson, announced the launch of a new campaign. He cited the February deaths of former ISIS leader Abu Ibrahim al-Qurayshi and his spokesperson.

Looks like the only thing that Joe Biden and the Democrats built back better is ISIS.

Al-Muhajir urged ISIS jihadis to take up arms during the “Revenge Incursion for the Two Sheikhs” campaign while the Ukrainian conflict preoccupies Western allies. “Fight… and Allah will answer [your prayers] and punish [the enemies of ISIS] at your hands,” al-Muhajir stated during the 33-minute audio message.

On April 17, ISIS spokesperson, Abu Omar al-Muhajir released a message that began with a congratulatory note on Ramadan then quickly became bellicose. For more on the context in which the newest message was released, plus analysis, read our blog: https://t.co/SiEh0EwaID pic.twitter.com/AeMqEV7Tvl

The ISIS spokesperson discussed a multi-pronged attack on Western countries and their allies.

Do you think the United States is spending too much time on the Ukrainian conflict and not enough on Middle Eastern threats like those posed by ISIS?