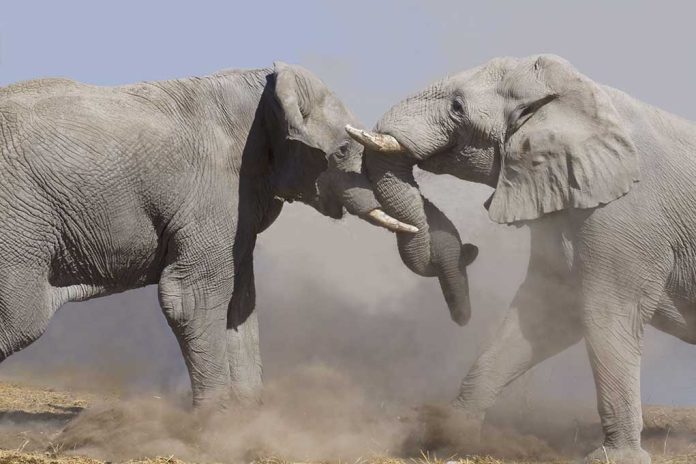 (RightWing.org) – The last four years were intense, and the GOP was on defense thanks to a Democratic Party that was energized and emboldened by the 2016 election. Even Senate Minority Leader Mitch McConnell (R-KY) excoriated former President Donald Trump after the Senate voted to acquit him on Saturday, February 13. Days later, Trump responded in kind with his own statement rebuking McConnell. By all appearances, Republicans are headed for a civil war over the future of the party.

However, is the GOP really divided, and if so, is that necessarily a bad thing?

Was it a surprise that McConnell attacked Trump after he left office and was acquitted the second time by Senate Republicans? There’s no doubt that McConnell was frustrated with Trump throughout his presidency. After all, Trump vowed and worked diligently to drain the swamp. McConnell is a classic establishment Republican whose part of the very swamp Trump went after.

The fact is their rift isn’t about the soul of the Republican Party. It’s about who will control its direction, or if there will be enough space for both leaders.

For the foreseeable future, Trump will play a large role in the GOP. It’s for a good reason: the rank-and-file in the party wants him.

In a Quinnipiac University poll released on February 15, 89% of Republicans opposed convicting Trump, and 75% said they want the former president to play a vital role in the Republican Party.

In contrast, the Washington Examiner reported that McConnell’s standing with Republicans dropped dramatically after he rebuked Trump. The Minority Leader only enjoys a 41% approval rating in his home state, down 29 points in one week.

However, polls don’t tell the entire story. There’s a long way to go until the 2022 election, and much will change.

Trump enjoys the passion and support of Republicans. That’s despite losing the election, the senate majority, and his social media accounts. His hold on the party is nothing short of impressive. If Trump ran against McConnell in a primary, it probably wouldn’t be close.

A Civil War Is Healthy for the GOP

When it comes to winning elections, McConnell is playing the long game. He is a skillful campaigner who can raise enormous sums of money. While the attention is on Trump and McConnell, it won’t be for long as Joe Biden continues to push America further and further left with a united Democratic government ready to offer him aid and comfort.

The focus will quickly turn from Trump and McConnell to defeat the Biden/Democratic agenda.

Internal wars are a normal and healthy part of a political party’s maturation process, especially after crushing losses. This one is no different. Next year, the party will be better off as new GOP candidates jump in across the country to defeat incumbent Democrats in the House and Senate.

In the end, the left-wing extremists’ damage and the Biden agenda will Trump (pun intended) any differences inside the party.