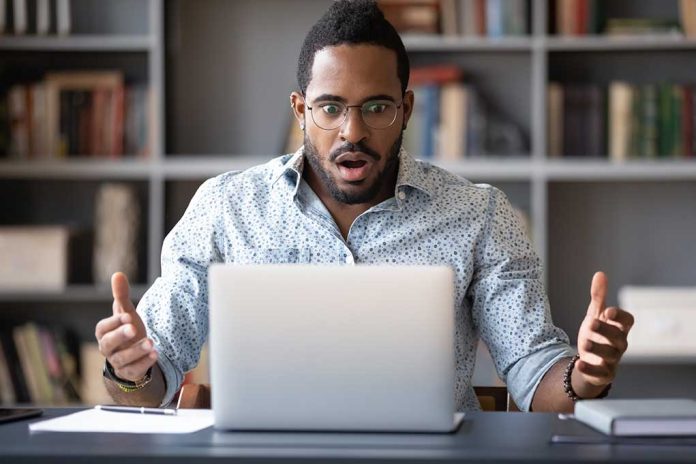 (RightWing.org) – In 2002, political pundits across America believed the Republican Party was doomed for minority status. The reason was demographics. In the preceding 20 years, illegal immigration propelled the Hispanic population, and Democrats expected, or at least hoped, that the Hispanic community would see them as champions.

At the time, left-leaning political scientist Ruy Teixeira wrote one of the most influential Democratic books in modern history titled “The Emerging Democratic Majority.” He argued the demographic trends favored Democrats as fewer white people and more Hispanics overtook the party to control American politics. It appears he’s acknowledging his 2002 analysis was wrong.

Something Happened that Teixeira Didn’t Expect

By 2060, a Census Bureau report projects the white population will decline by 19 million people. The report says falling birth rates and rising number of deaths over time would be the main contributors. Leftists often exclaim they’re excited by the prospects. However, they might want to rethink their views. It’s not going according to plan.

On Tuesday, August 31, Teixeira issued a warning to Democrats in a new post titled, “Will Census Trends Save the Democrats?” The political scientist appears to have changed his tune. He now argues the Democrats need white votes more than ever to help the Left win elections, but those votes are declining. He added that the party could not depend on shifting racial demographic trends.

Translation: Hispanics will not put Democrats over the top.

This goes against every grain of conventional political thought and defies everything Democrats believed for 20 years.

So, what changed? For one, Democrats became overly reliant on white, college-educated, left-wing voters unhappy with Donald Trump. Second, Hispanics began drifting to Trump and the Republican Party. It’s a double whammy for the Left and a big surprise to the GOP.

Teixeira wrote that white college indoctrinated (not his words) voters would continue to play a large part in the Democratic agenda. The danger mid and long-term is the demographic is shrinking. In future elections, Teixeira says that Democrats cannot afford to lose any white voters. However, that’s a tall order considering many opposed Trump more than they preferred Biden’s inspiration. They could easily flip Republican in the future.

The Hispanic problem is much more frustrating for the Left. In short, Dems are losing them. Contrary to popular belief, it’s not just happening in Florida. The phenomenon is occurring all over the United States. Teixeira stated, “Hispanic voting trends have not been favorable for the Democrats.”

According to Democratic data analytics firm Catalist, in 2020, Latinos grew their share of the vote and, shockingly, swung a 16 point margin shift in Trump’s favor. The research showed that the changes occurred in the battleground states of Arizona, Georgia, Nevada, and Pennsylvania.

Two other demographics are working against Democrats that no one saw coming 20 years ago when prevailing thought became legendary but inaccurate. Working-class voters feel alienated and are voting Republican more every cycle. Teixeira wrote that since 2012, Democrats lost 18 points among non-white working-class voters.

All of this leads to one unavoidable conclusion: the Democrats are in big trouble. This data helps explain why Republicans continue to outperform in Congress and state legislatures across the country. In 2020, not a single Republican lost in the House and unexpectedly stole 16 seats, giving House Speaker Nancy Pelosi (D-CA) the smallest majority in nearly a century.

Teixeira concluded that race and ethnic trends couldn’t guarantee Democrat’s a lasting legacy as an electoral coalition. In fact, race could undercut them as they continue to appeal more to college-educated woke liberals who may not share the family and traditional values within the Hispanic community.

If the GOP continues to make inroads with Hispanics, there is a real opportunity and hope to kill the far-left dreams of Democrats.