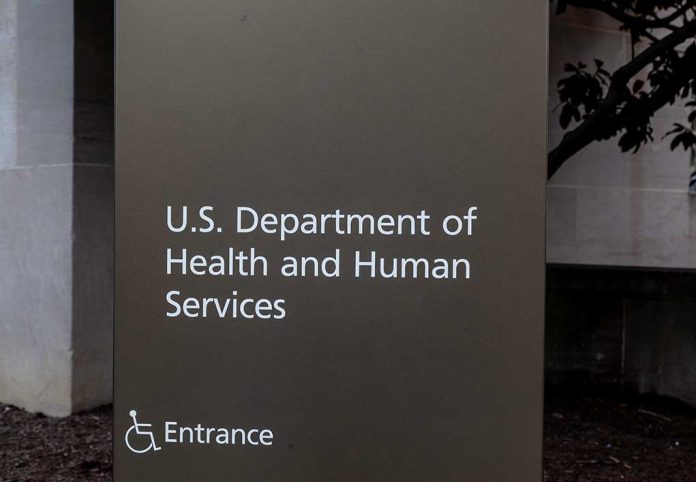 (RightWing.org) – The internet exploded on February 7, after The Washington Free Beacon published an exposé detailing the Biden administration’s alleged push to supply free “crack pipes” to underserved communities. Since then, Team Biden has worked aggressively to promote a different story leading many to wonder whether or not the Department of Health and Human Services (HHS) is indeed distributing the pipes to poor people.

The Washington Free Beacon reported it talked to an HHS spokesperson about a $30 million program scheduled to begin later this year to help local governments and nonprofit organizations provide tools to increase drug users’ safety. According to the report, the spokesperson confirmed the program would supply “smoking kits” to addicts, including pipes for smoking “illicit substances” like crack cocaine and crystal meth.

Yesterday, @HHSGov *defended* crack pipe funding as a "harm reduction strategy." It would have been easy to say 'no crack pipes.'

Two days later, HHS published a press release detailing a statement by HHS Secretary Xavier Becerra and Dr. Rahul Gupta, the Director of the Office of National Drug Control Policy. According to the statement, the Biden administration’s efforts to reduce the harmful effects of drugs don’t include the use of federal funds to “put pipes in safe smoking kits.”

Websites like the Daily Beast and The Washington Post immediately jumped on the bandwagon, reporting that The Washington Free Beacon published its article using “false” claims or assumptions.

Who do you think is more credible, The Washington Free Beacon or mainstream media sites echoing the Biden administration’s press release? And what exactly is a “smoking kit”?