(RightWing.org) – In 2019, House Speaker Nancy Pelosi (D-CA) faced a revolt in the new Congress and barely won enough votes to serve as Speaker of the House of Representatives. It appears it could happen again in the new Congress as Pelosi’s position as speaker is in question. In the wake of the 2020 election, some Democrats are concerned about the Speaker’s results as Republicans closed the gap and won elections Democrats feel they shouldn’t have lost.

In January 2019, 15 Democrats defected from Pelosi, even though she was unopposed. Each one voted “present.” Most of them were incoming freshmen who promised in their campaigns not to support her for Speaker.

The Speaker of the House is the pinnacle of elected office in the House and is third in line to the presidency if anything were to happen to both the president and vice president. The position also has immense powers to set the House’s legislative agenda. In addition, the Speaker serves as the leader of the majority party in the House and as a regular active member representing his or her Constituents.

As powerful as a Speaker is, their influence can be diminished. House Democrats lost at least 12 seats in the House, and potentially still more. The Democrats have the smallest majority in a century. A Speaker is only as powerful as the majority of House members give it.

If Pelosi is to become Speaker again, she can’t afford to lose many Democrats. According to the US Constitution, the Speaker is voted on by the entire House, and it’s virtually guaranteed she won’t receive Republican votes. She must get at least 218 votes. However, it appears Democrats will have 222 members.

Her margin for victory is slim, especially if only a few Democrats who voted against Pelosi in 2019 do so again. So far, only Rep. Elissa Slotkin (D-MI) said she would not vote for Pelosi.

What Happens if Pelosi Doesn’t Win?

If Pelosi doesn’t win, there isn’t a backup plan for Democrats. That’s why it’s likely those who don’t support the Speaker in the Democratic Party will likely vote for her anyway. The stakes are too high. If Pelosi loses, it’s possible that House Republican Minority Leader Kevin McCarthy (R-CA) could be sworn in. However, that would be unprecedented.

In a show of how high the stakes are, House Rules Committee Chairman Jim McGovern (D-MA) sent out a strongly worded message to pressure any Democrats questioning Pelosi.

Dem Rules Chair Jim McGovern told members in a letter that went out today that voting against Nancy Pelosi for speaker is a vote for the “QAnon wing of the Republican Party.” pic.twitter.com/aIEMh9WiCG

The United States Constitution does not state that the Speaker has to be a member of the House of Representatives. However, historically, every Speaker was chosen from among the House’s members.

While Pelosi’s pathway to the Speaker is tight, her reign is likely not in question. But, you never know. Stranger things have happened.

Could the Supreme Court Decide That a Secret Court Violates the Constitution? 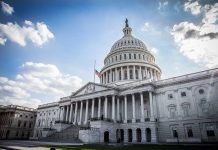 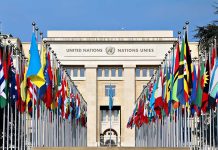 Top Biden Official Says Security at the Border was Destroyed by...