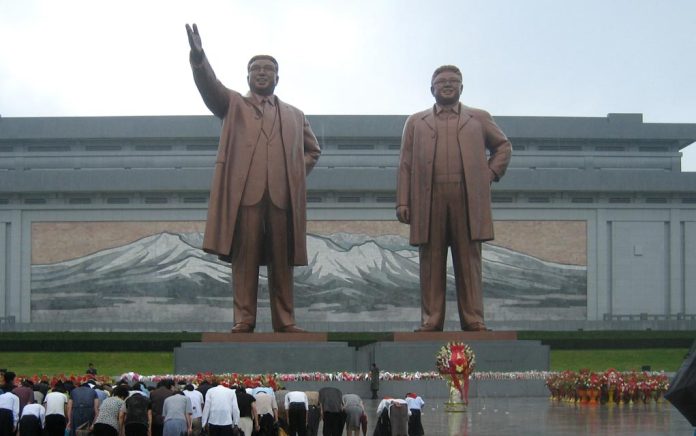 The threat of North Korea attacking has loomed over South Korea (and the rest of the world) for decades. Its unpredictable government, unfortunately, does have access to nuclear weapons, making the threat much worse.

So far only one man has established a working relationship with North Korea’s leader: Donald Trump. He assures the world that North Korea will denuclearize during their next meeting. Is the country sincere… or is Trump being fooled?

Kim Jong Un, leader of North Korea, and Donald Trump have a “really meaningful” relationship. The President got along with Kim better than anyone else to date during their first summit. Trump opened a dialogue about North Korea’s nuclear arsenal where none was had for decades.

They’ve threatened to unleash their deadly weapons; Trump convinced them to hold that thought. Now our President believes he can persuade Kim Jong Un to denuclearize once and for all.

Government officials aren’t so sure North Korea will play ball. Leading diplomats John Bolton and Mike Pompeo, who have been charged with “communicating” with North Korea, have always struggled to get through to the country’s leader. They’ve complained many times about the lack of real diplomacy.

Our lead diplomats have also taken issue with North Korea’s misunderstanding about the dangers of nuclear weapons. One of the goals of Trump’s next summit (happening in late February 2019) is to educate Kim Jong Un about what denuclearization truly is.

The previous ambassadors don’t share Trump’s optimism about coming to a final deal; they think the President is wasting his breath. We’re interested in how YOU feel about it.

Poll: Is North Korea Sincere about Giving up Their Nukes?

Do you think North Korea will finally give up its deadly arsenal of nuclear and toxic weapons? Our top government leads on this matter don’t believe so, and Trump seems to have a handle on the situation. Tell us what you think and let’s see how the next summit pans out.