(RightWing.org) – What is conservatism? If you stop and ask people on the street, many may not be able to say. On too many issues, conservatism has been easily branded by its opposition as out of touch and even extreme. Some have bought into the notion that conservatism is out of date and no longer suited to modern life in America. Therefore, it’s lost its luster and prestige.

America is no longer talking the way it once did about government and its role in our lives. It’s no longer about small versus big government, high taxes, social issues, or even liberty and freedom. Instead, it’s about how much government we can tolerate.

It was hard to imagine that any governor would shut down their state and destroy the economy during a pandemic just a decade ago. It would have been unthinkable that any government would have the power to walk over the liberties granted to Americans in the Constitution.

People can go shopping or protest and riot with hundreds or thousands of people. Those are not COVID-19 super spreader opportunities. However, small gatherings with family and friends or going to church is now unacceptable during the pandemic. That’s how far we’ve fallen in such a short time.

What’s happened is that liberalism hijacked America over the last 12 years. The movement that is itself extreme has found a way to label the Constitution and its followers as extremists that are out of touch with reality.

Part of the reason is due to terrible communication and messaging that fails to contrast with liberalism properly. Part of it is we tolerate a terrible education system. Part of it is allowing ourselves to be demonized by the left. Part of it is that conservatives have shifted left over the last decade to avoid becoming labeled as extremists while trying to prove that we care for people.

How is that working out for us?

Conservatism Must Change Its Approach

Conservatives are not talking about solutions to problems that we clearly have the answers to — a strong education, poverty, why social issues matter, and the proper role of government in helping people use their God-given talents to achieve their dreams and purposes.

When practiced, conservatism is the only philosophy that creates hope and opportunity. Instead of solving the problems that ail America, conservatives are talking about the evils of the other party. That tells how out of touch we’ve become. We shouldn’t have to say it. It ought to be obvious. Yet, it’s not. That’s because we’re becoming more like them.

It’s time to talk about what conservatism is and is not – and give people the tools they need to take off the shackles of government control before it’s too late.

While conservatism has lost its luster, it hasn’t lost its purpose or place in American politics and society. It’s not too late to polish off the dust and commit to learning, practicing, and governing by conservative principles that truly empower Americans. 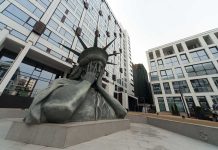 Fauci Admits He Doesn’t Care About Your Liberties 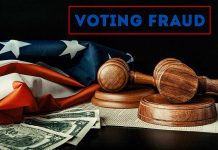 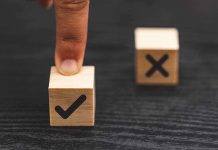