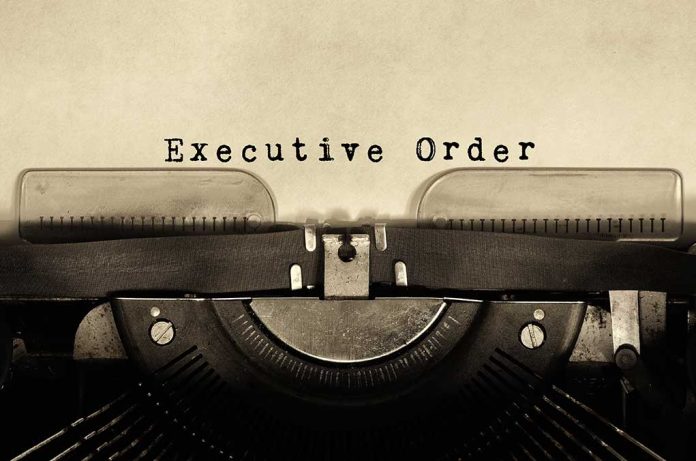 (RightWing.org) – Ahead of Labor Day in 2021, George Washington University Law Professor Jonathan Turley wrote that President Joe Biden’s record in federal court was one of the worst in modern history. He said the commander-in-chief regularly discarded the Constitution “in favor of political expediency.” Could he be doing it again?

On Wednesday, August 3, Biden signed an executive order (EO) that would force Medicaid to pay for women who live in states that have outlawed abortion to travel to states where it’s legal. Some are asking if the EO violates the law. Even if it does, will anyone do anything about it?

Every year since 1976, Congress has recertified the Hyde Amendment. The law bans the executive branch from funding abortion services through Medicaid. In 1980, the US Supreme Court (SCOTUS) upheld the measure. The question today is, did the president violate it? That may depend on who you ask.

According to some, the government violates the Hyde Amendment regularly. Under Title X, it funds Planned Parenthood, International Planned Parenthood, and MSI (formerly Marie Stopes International). Officials authorize hundreds of millions or more of taxpayer dollars to organizations to provide medical benefits to women with the stipulation they keep the funds separate from money used to pay for abortions. Some say there is a lack of accounting for where providers actually use the money.

Biden’s EO called on the US Department of Health and Human Services (HHS) to allow states to use Medicaid funds to help women travel between them for the controversial services.

Thumbing His Nose at Federal Law?

The administration could argue it is not asking the HHS to fund abortion. Instead, it’s only helping women afford the expense of traveling to acquire the procedure. The question is: is paying to help someone travel to end a pregnancy equivalent to paying to receive one?

It may appear like a technicality, but legal cases are won and lost on these matters.

On the evening the president signed the executive order, ABC News even questioned whether it would run afoul of the Hyde Amendment.

Still, Biden justified his action by creating uncertainty before placing his signature on the legislation. He said conservative legislatures could deny emergency care for women experiencing miscarriages or rape victims needing an abortion. He argued that doctors and pharmacists were confused about state laws. Yet, no one is denying legitimate medical care to pregnant women.

Many say the EO is vague about how the HHS will accomplish the Left’s goal. It asks the health department to invite states to apply for the Medicaid waiver. Yet, if conservative governors don’t, will the states where a non-resident obtained an abortion be responsible for processing the claims?

Once again, the nuance of legal interpretation and implementation of the law may likely require another court intervention.