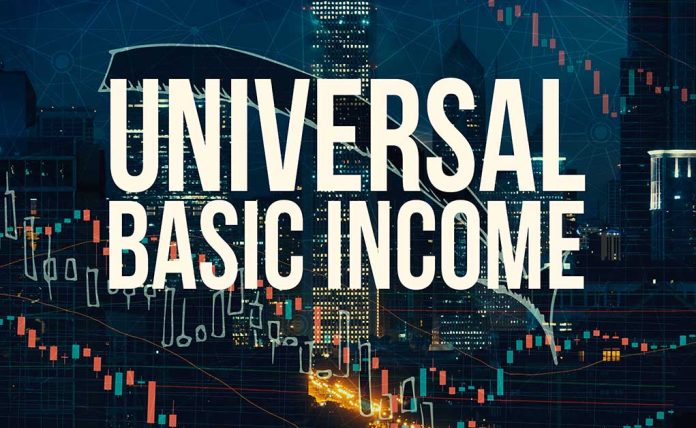 (RightWing.org) – Before the pandemic changed much of American life and some people’s views of government programs, universal basic income (UBI) was being touted as the wave of the future. For a decade, Silicon Valley promoted the idea as its technologies began to displace workers. Automation, computers, robotics, and artificial intelligence weren’t just threatening blue-collar jobs. It impacted virtually every white-collar job as well.

The COVID-19 pandemic only added fuel to the growing fire. Some economists predict that 32% to 42% of COVID-19 related layoffs may be permanent. The Leftist policies of the 117th Congress are only helping to speed up America’s acceptance of free government money. However, between the pandemic and the Left’s policies being implemented under President Joe Biden, universal basic income may already be a reality. The consequences could be dire for self-governing people who could become more dependent upon the government.

During the 2020 Democratic primary, Andrew Yang became very popular when he said that every American should get a monthly check from the US government. He wasn’t the first to suggest it. In the 1970s, several prominent conservatives embraced the idea, including famed libertarian economist Milton Friedman and President Richard Nixon.

Since the pandemic began in March 2020, Americans got thousands of dollars in free money through stimulus checks from the government as jobs were lost due to governor-induced shutdowns and business closures.

That’s not all. Tens of millions of unemployed Americans received generous federal unemployment benefits on top of state unemployment aid. Today, many employers blame the generous benefits for employees not returning to work. It’s harming retailers, restaurants, and customers.

There’s still more; if you’re a parent, you’ll start getting up to $300 per child every month for 6 months, beginning in June.

Yes, Biden is quietly acclimating Americans to universal basic income, whether it’s his intention or not. The genie is out of the bottle, and it’s screaming for more. The administration is advancing free college, free healthcare, and “equity” issues that all play into the equation.

Are American’s Getting Addicted to Free Government Money?

Many American’s don’t like socialism, but they do like free money. For some, it’s as addicting as breathing air. There could be a lot more to come in the near future under the guise of helping America through the pandemic.

Unfortunately, there are real-world consequences for free government money. Democrats are destroying real opportunities to start businesses, earn wages, start careers, gain job skills, climb the ladder, and live the American Dream. Simultaneously, if left unchecked, the chain of events set in motion will continue to drive up the cost of living for those the Left claims to want to help the most.

Still worse, as the government gives away more money and benefits, what will it do to self-governing people?

Can the American people self-govern if they are beholden to the government?

How could the Constitution survive beyond paper if people are voting for their own greed?

The obvious answer is that UBI will radically transform America from a free people to one dependent on the government. Biden’s slipping dependency in through the back door, and many Americans don’t realize the liberties and freedoms they are losing as a result.

It’s quickly coming down to a simple question.

Is America worth saving?