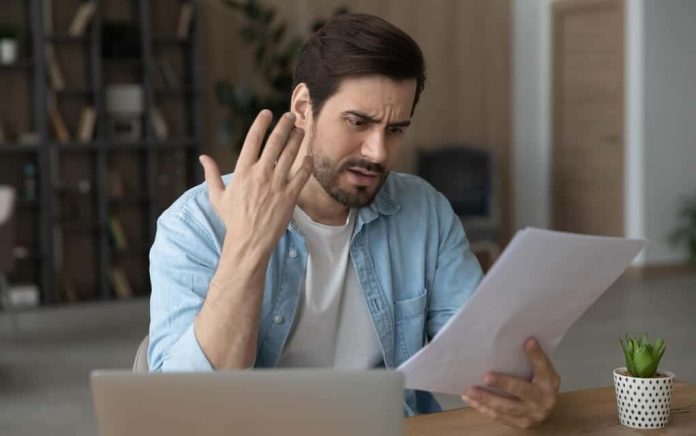 (RightWing.org) – What’s happening in America may be unparalleled in US history. It’s hard to believe that just two years ago, the country was thriving. People wanted jobs, and they were plentiful. From 2017-2019, the economy was one of the best we’d experienced in decades.

Then, COVID-19 struck America in 2020. In the beginning, the fear of the unknown was understandable. By fall, Florida completely re-opened, and Republican Gov. Ron DeSantis took heat from the Left. Texas followed in March. As GOP states emerged from the crisis phase of the pandemic, President Joe Biden called them Neanderthal thinkers.

On Friday, October 8, the Department of Labor released September’s employment numbers. Once again, the numbers are abysmal. Something is wrong in America, and one must question who the Neanderthal thinkers are who govern over us.

There are almost 11 million job openings in America. Yet, there is a severe labor crisis that could threaten the entire US economy. Hundreds of cargo ships sit offshore waiting to unload goods, but can’t because of a lack of port workers. Truck driver demand is sky high, but there’s a driver shortage. Supplies in grocery stores are waning. Many retail items aren’t even in stock, and it could take weeks or months to get something if you order it.

On Friday morning, October 8, the Labor Department reported that the economy added an abysmal 194,000 jobs in September. Economists predicted 500,000. The number of people who are employed or are actively looking for a job is 61.7%. That’s down from 63.3% in February 2020. It may be the most critical number considering the millions of jobs available in the marketplace.

So what’s driving the problem?

There isn’t a single answer. Economists blame the resurgence of the Delta variant, but that can’t explain the entirety of the problem. While pundits debate the issue, many overlook a few significant issues that are likely contributing to the problem.

Traditionally, unemployment issues abound when inflation is high. However, that doesn’t justify why there are so many job openings and so few workers to fill them. Employers are competing with such a small group of people that they are raising wages. Fast food and most retailers are offering upwards of $15 per hour or more when those jobs were $8 or $9 per hour just 2 years ago. There’s likely a relationship between inflation and unemployment, but government COVID policies could be muddying the waters.

What about the millions of people who either lost a job or can’t find work due to vaccination-induced mandates? It’s becoming pervasive thanks to President Joe Biden’s threats against companies to use workplace safety as a reason to force vaccinations on people who decided long ago they would not get vaccinated.

While not in force yet, organizations are getting ahead of any policy announcement threatening to fine them for employing unvaccinated workers. The list of companies, government agencies at the federal, state, and local level adding the vaccination requirement as a condition of employment is growing by the day.

While the economy is rebounding, it can’t sustain growth for long if people don’t work. That’s the bottom line. In the coming days, more analysis of the situation will begin to shed light on the matter. Economists still believe the labor force will rebound. They assume traditional times, but there is nothing normal about the time we live in.