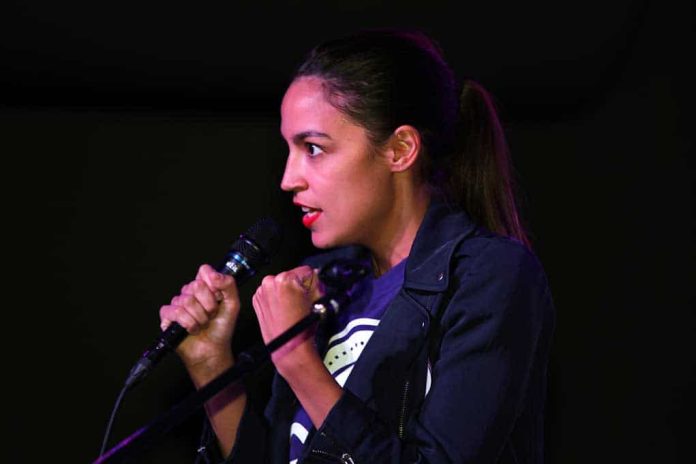 (RightWing.org) – Conservatives know that Democrats love big government. That’s nothing new. However, since the rise of Democratic Socialism over the last several years, something is brewing that’s much more dangerous than classical liberalism. For four years, America was warned that an onslaught of threats against the US Constitution was rising from the far left.

Because it appears that the Democrats will run the government after winning the House, Senate, and presidency, some on the far-left believe it’s time to cash in. A Constitutional crisis could be developing after Rep. Alexandria Ocasio-Cortez (D-NY) came out on Instagram saying it’s time for a “Ministry of Truth,” and numerous members of Congress are considering it.

What’s this really about?

AOC claims that the media needs to be “reigned in” due to misinformation. It’s not difficult to understand why, either. The overwhelming majority of the media are pro-Democrat and progressive, so the press is on their side. Editors, reporters, and fact-checkers intentionally manipulate, misinform, and suppress information to the advantage of Democrats all the time. We just witnessed it with the Hunter Biden story before the election.

However, this is about more than what was just laid out.

These Democrats want the government to decide what is truth and what is not. It might be the most important piece of their agenda. Without it, they may not be able to pass the Green New Deal or other controversial leftist legislation.

A “Ministry of Truth” is a dangerous precedent. The framers created the First Amendment to ensure the government cannot intrude on the speech of citizens, journalists, or private institutions.

NOT the other way around.

Which leads to a lot of questions. Foremost among them, who defines truth and who controls it? That’s an important question.

If the government decides what is truth, then who will be there to hold them accountable when all they need to do is declare something as false?

If this becomes law, nothing will stop the Democrats from enacting their agenda against America’s will. There won’t be anyone to tell the truth.