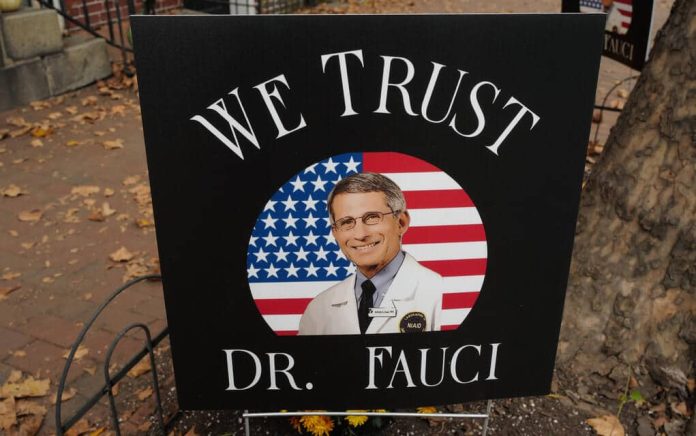 (RightWing.org) – It’s not often that the Left and Right in America agree on much of anything. However, when it happens on something as significant as COVID-19, it’s hard to miss. Since Joe Biden’s inauguration on January 20, the new president continues to talk about the coronavirus in dark and somber language. Not far behind him is the director of the National Institute of Allergy and Infectious Diseases (NIAID), Dr. Anthony Fauci.

Despite the dark language coming from America’s two most significant leaders during the COVID-19 pandemic, at least one epidemiologist says there is light at the end of the tunnel. The light is so close that herd immunity could be reached as early as April. The difference in tones is creating an unspoken alliance between the left and right in the media, and a backlash could brew against Biden and Fauci.

Biden and Fauci Problems With Reality

Over the last year, Dr. Fauci admitted that he was telling Americans what he thought they wanted to hear. From masks, re-openings, schools, and herd immunity, the director of NIAID repeatedly contradicted himself. At Christmas time, he even admitted he lied to the American people to manipulate their acceptance of COVID-19.

President Biden isn’t much better. While he didn’t admit to exaggerations, it’s hard not to see him through a veil of skepticism. He continually talks about the “dark winter.” Now, both Biden and Fauci say that normalcy may not happen until the end of the year. However, what if they are wrong?

It appears the Left and Right in America may be coming into extremely rare agreement. Over the last numerous weeks, epidemiologists in the media are painting a different picture than Biden and Fauci.

In the Wall Street Journal, Johns Hopkins School of Medicine professor Dr. Marty Makary pointed out that COVID-19 cases plummeted 77% over the last six weeks. Currently, he estimates that 55% of Americans are naturally immune to COVID-19 due to the high number of infections over the last year. Coupled with vaccinations, Makary says herd immunity will occur by April.

Now that the news is turning largely positive on COVID-19, accusations are flying that the Biden administration is too pessimistic at a time when Americans are hoping the pandemic is easing. Not only is Fox News saying Biden needs to change his approach, so is the New York Times. Both news outlet’s opinion articles state that it’s time to change the message and move towards normalcy by this summer.

No one can predict the future. However, if Biden continues to speak in dark narratives and Fauci gets caught contradicting himself again, Americans could lose trust in their leaders. Remember, it was Joe Biden who said on the campaign trail that a president’s words matter.

Will he playback those words and listen to himself?