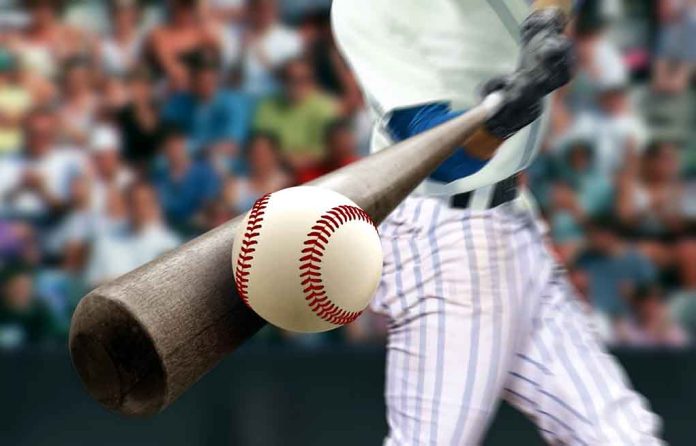 (RightWing.org) – A record-breaking baseball hit turned out to be a huge stroke of luck for the fan who caught the ball. Now it’s become a bonus for the IRS, too — and a reminder that, no matter how you come into money, the government wants to take a bite out of it.

On October 4, Yankees outfielder Aaron Judge hit his 62nd home run of the season in a game against the Texas Rangers, breaking Roger Maris’s 1961 record and sending the ball into the left-field seats. Dallas investment manager Cory Youmans caught it. When reporters asked him what he planned to do with the ball he said he didn’t know, but later he decided to sell it.

Despite reportedly getting a private offer of $3 million, Youmans auctioned the ball, saying he wanted the sale to be “fair, accessible and transparent.” The winning bid was only $1.5 million, half of what he was offered before going to auction. Then the auction house took its share — $250,000 in fees — leaving him with $1.25 million. Now the IRS wants a slice, too.

The bad news for Youmans is the IRS tax code is complicated when it comes to these matters. A 1969 court case, Cesarini vs United States, established that any valuables found in the US — known as a “Treasure trove” — are taxable, and that includes baseballs caught during a game. Even donating the treasure to charity won’t get one out of paying the government a share of its assessed value.

With things like tax rates, capital gains and collectible rates, it could be hard for Youmans to determine exactly what he will owe, but one thing is clear, the IRS WILL get a cut of this fly ball.