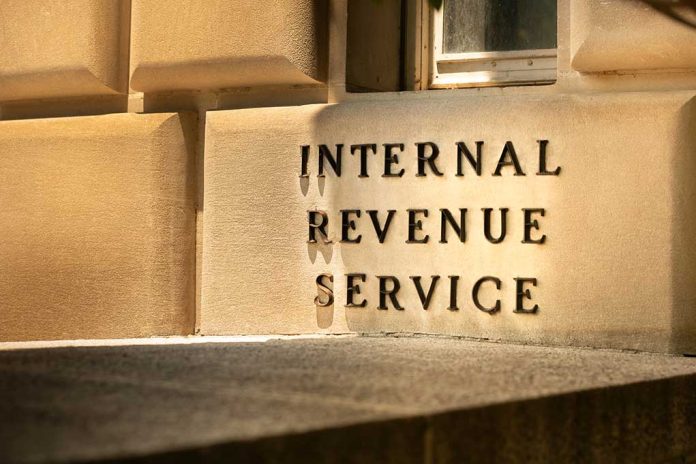 (RightWing.org) – One of the Biden administration’s most controversial moves was last August’s plan to recruit an extra 87,000 IRS agents. That plan could end up dead in the water after the House’s new Republican majority voted to pull the funding on January 10, but it might never have happened anyway. The IRS has now admitted that it’s struggling to recruit enough agents to maintain its current strength, never mind a massive expansion.

The IRS is also taking steps to allow taxpayers to respond to IRS tax notices online, rather than responding by mail … https://t.co/jOxnXnA1n0

A new report from the Treasury Department’s inspector general for taxes gives details of how the IRS plans to spend almost $80 billion in extra funding it was due to get under Biden’s plan. That money might never materialize if congressional Republicans can push defunding legislation through the Senate, but the IRS plans for it gives an interesting look inside the agency.

The funding, allocated as part of Biden’s 2022 Inflation Reduction Act, was allocated to four things: Taxation enforcement, personnel, IT systems, and taxpayer services. Treasury Secretary Janet Yellen has asked for a detailed report on how it will be spent, which is due in mid-February, but the basics are in the IG’s report — along with the IRS’s big concern. The agency sees Biden’s recruitment goals as “a continued challenge.”

Assuming it gets the extra money, the IRS plans to hire around 19,000 people in 2023 — but many of them will be replacements for existing staff who are expected to leave or retire. The agency isn’t sure how much it will actually grow by, but it could be by as few as 5,000 people; even the best-case estimate is 10,000, with almost half of new hires simply filling empty seats.

When the Inflation Reduction Act was being written, the IRS asked for the authority to hire staff directly. It didn’t get it; instead, its recruitment is done through the Office of Personnel Management. It also requested — and was refused — the ability to set its own pay grades for experts. It looks like the Biden administration told the IRS to expand but then didn’t give it the tools it needed to actually hire more staff.